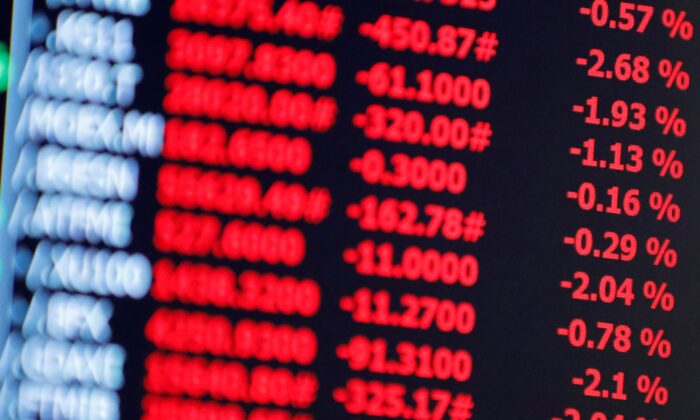 Global indices are displayed on a screen on the trading floor at the New York Stock Exchange (NYSE) in Manhattan, New York City on Aug. 19, 2021. (Andrew Kelly/Reuters)
Economy

U.S. equity funds faced an outflow in the week to Sept. 8, on concerns the spread of the Delta coronavirus variant could slow economic growth and uncertainty over the timeline for the Federal Reserve to pull back its accommodative policies.

Data from Lipper showed U.S. equity funds faced an outflow of $1.85 billion in the week to Wednesday, compared with an inflow worth $11.18 billion in the previous week.

U.S. inflation-protected funds pulled in a net $1.1 billion, marking a seventh week of inflows, while short/intermediate government and treasury funds received a net $1.3 billion, a 53 percent increase over the previous week.

U.S. money market funds, however, faced a second straight week of outflows, worth a net $5.69 billion.

Graphic: Flows into US bond funds: