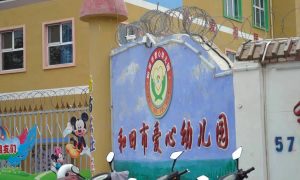 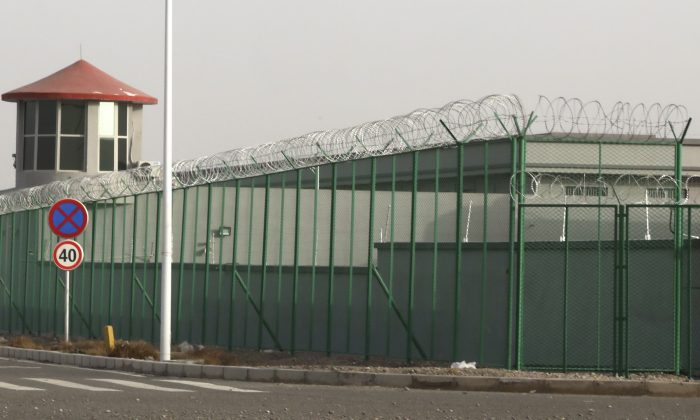 A guard tower and barbed wire fences surround an internment facility in the Kunshan Industrial Park in Artux in western China's Xinjiang region on Dec. 3, 2018. A U.S. envoy on religion has described China’s internment of an estimated 1 million Muslims as a “horrific situation.” Ambassador-at-large Sam Brownback called for an independent investigation into the detentions and the release of those being held. (Ng Han Guan/AP)
China Human Rights

TAIPEI—Describing China’s internment of an estimated 1 million Muslims as a “horrific situation,” a U.S. envoy on religion called on March 12 for an independent investigation into the detentions and for the release of those being held.

Sam Brownback, U.S. ambassador-at-large for international religious freedom, said China has done nothing to assuage concerns from the United States and others over the detention of Uyghurs, Kazakhs and members of other Muslim minority groups.

“We’ve been putting out very clearly that this is a horrific situation that’s taking place in Xinjiang,” Brownback said in a telephone news conference with reporters, referring to the northwestern region that is home to most Chinese Muslims.

“It is just a very tragic and I think a horrific situation there,” he said.

China last week angrily protested Brownback’s earlier remarks made in Hong Kong that criticized Beijing’s polices toward religious minorities and accused the country of being “at war with faith.”

China’s officially atheist Communist regime at first denied the existence of the internment camps in Xinjiang, but now says they are vocational training facilities aimed at countering Muslim radicalism and separatist tendencies. The Chinese regime has used the excuse of potential “extremist threats” to justify its strict surveillance and crackdown on Uyghurs and other Muslim minority groups in the region.

China says Xinjiang has long been its territory and claims it is bringing prosperity and development to the vast, resource-rich region. But many among Xinjiang’s native ethnic groups say they are being denied economic options in favor of migrants from elsewhere in China and that their Muslim faith and unique culture and language are being gradually eradicated.

The camps sprang up over the past two years at extraordinary speed and on a massive scale, as monitored by satellite imagery. China maintains a massive security presence in Xinjiang and efforts to independently verify claims by Uyghur activists are routinely blocked.

Brownback appeared undeterred by Beijing’s complaints over his earlier comments, describing China’s explanation of the reasons behind the camps as “completely unsatisfactory answers.”

China is already listed by the United States among the worst violators of religious freedom, and Brownback held open the possibility of sanctions and other punitive measures “if corrective actions aren’t taken.”

While making no commitments, Brownback held open the possibility of action toward individuals involved in the internments under The Global Magnitsky Act of 2016.

The act makes it possible to impose entry bans and targeted sanctions on individuals for committing human rights violations or acts of significant corruption.

Brownback also contrasted Beijing’s attacks on religion with the tolerant approach of liberal governments such as that of Taiwan, a self-governing island democracy that China claims as its own territory. He said Washington would continue to push for dialogue among all faiths to promote religious freedom worldwide.

“The administration is serious about religious freedom matters and deeply concerned about what’s taking place in China,” Brownback said.

By Johnson Lai. The Epoch Times contributed to this report.