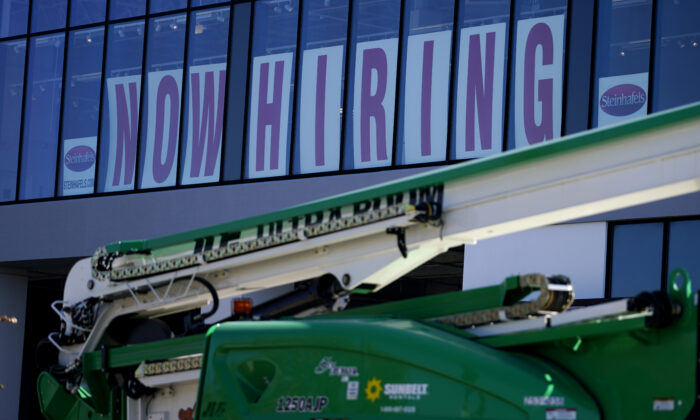 Payrolls increased by almost 200,000 last December according to the new data by the Bureau of Labor Statistics, continuing a downward trend for total unemployment but underperforming relative to previous expectations.

On Friday, the Department of Labor released its widely studied monthly jobs report (pdf), which described a month of steady but significantly underwhelming jobs creation. Overall, nonfarm payroll increased by 199,000. Previously, a poll of economists conducted by Reuters had forecasted a payroll increase of 400,000 in the last month, with individual estimates ranging from 150,000 to 1 million. Nonetheless, unemployment fell 0.3 percent to a total of 3.9 percent, bringing the percentage to its lowest rate since February 2020, with a total of 6.3 million people now counted as unemployed (a decrease of 483,000).

The report also indicated a modest rise in hourly wage earnings of 0.6 percent. Provisional figures based on the consumer price index estimate that monthly currency inflation in December will total around 0.5 percent, putting the rate of currency inflation neck-and-neck with wage growth and neutralizing the effects of the latter.

The Bureau of Labor Statistics report comes on the heels of the ADP National Employment Report, which was released last Tuesday and stated an estimate of payroll growth more in line with economists’ estimates. The ADP report estimated payroll growth at 807,000, providing an optimistic picture of payroll growth based on data collected towards the beginning of the ongoing Omicron wave. The U.S. Bureau of Labor Statistics report is widely believed to possess better methodology and more reliable results, and as such is more widely studied than the ADP report.

Overall, 6.4 million jobs were created in 2021, more than any prior year on record. While such figures as these are impressive on paper and will almost certainly become fodder for triumphalist press releases from political and economic leaders, considering these statistics in isolation can obscure a much more complicated economic picture. The damage which ensued from the arrival of the CCP (Chinese Communist Party) virus pandemic in early 2020 has left lasting scars, and even after a year of unprecedented job creation, unemployment remains higher than February 2020 levels even before accounting for lower rates of workforce participation.

Wage growth also demonstrates an incongruity between apparent growth and more complex economic realities. In November, it was reported that actual earnings were down from last year despite apparent growth in wages, as employee pay struggled and failed to keep pace with rapidly accelerating inflation. Such are the uncharted waters of the post-CCP virus economy, in which GDP growth, job creation, and wage growth all appear increasingly detached from the true economic health of the nation.