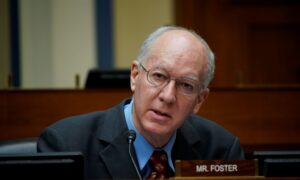 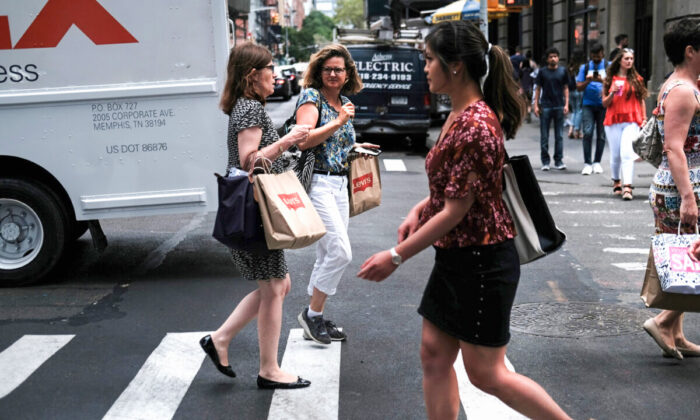 The U.S. economy grew a little faster in the second quarter than previously estimated, with the Commerce Department lifting its growth-rate projection to 6.6 percent.

U.S. gross domestic product (GDP) grew 0.1 percentage point faster in the second quarter than the Commerce Department’s earlier estimate of 6.5 percent, the government agency said in a statement on Aug. 26, with the routine revision driven by the availability of more complete source data.

The robust rate of growth reflected the continued reopening of businesses and lifting of restrictions in the period, further buoyed by a sharp increase in Paycheck Protection Program loans to businesses and grants to state and local governments, the department said. An increase in consumer spending, which accounts for around two-thirds of economic output, was also a factor.

The strong second-quarter expansion followed a solid 6.3 percent annualized growth rate in the first quarter. While economic output has now fully rebounded to pre-pandemic levels, the labor market recovery is trailing, with the economy still down around 5.7 million jobs compared to the February 2020 peak.

In another sign the labor market’s woes aren’t yet over, the number of U.S. workers who filed initial unemployment claims last week edged up to 353,000 after four consecutive weeks of declines.

“The pandemic has demonstrated that few things move in a straight line and the latest snapshot of jobless claims is consistent with that,” Bankrate senior economic analyst Mark Hamrick told The Epoch Times in an emailed statement.

“To the extent that COVID has been a major influence on the economy going back to early last year, the final chapter on this difficult story has yet to be written.”

Recovery momentum appears to have slowed early in the third quarter amid a resurgence of new COVID-19 infections driven by the Delta variant. Goldman Sachs has slashed its GDP growth forecast for the current July–September quarter to an annual rate of 5.5 percent from 9 percent, citing Delta variant effects.

“The impact of the Delta variant on growth and inflation is proving to be somewhat larger than we expected,” Goldman Sachs chief U.S. economist David Mericle wrote in a note to clients, according to Fortune. Mericle added that the Goldman team projects softer consumer spending on services in August, citing signs of a slowdown in areas such as restaurant bookings and air travel.

Bank of America Securities has also downgraded its growth estimate for the third quarter to an annualized 4.5 percent from 7.0 percent, also noting the effects of the COVID-19 surge.

“This is a speed bump due to the interaction of Delta and supply-side constraints,” Michelle Meyer, chief U.S. economist at Bank of America Securities in New York, told Reuters. “We still believe the foundation for the economy is solid and all signs point to strong underlying demand.”

Supply chain bottlenecks have led to shortages of goods such as motor vehicles and some household appliances, hurting retail sales.

Retail sales fell by 1.1 percent over the month in July, dragged down chiefly by weak buying of automobiles, as computer chip shortages squeezed supplies.

Overall, economists expect growth to resume in the fourth quarter and predict the economy will expand by 7 percent this year, which would mark the strongest performance since 1984.