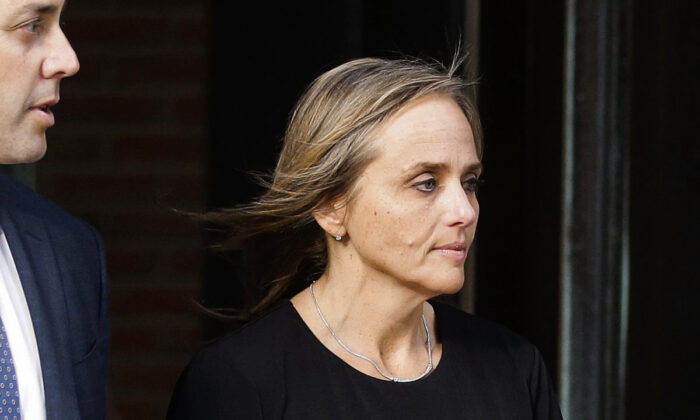 A Massachusetts judge who allegedly helped illegal immigrants avoid capture by federal immigration officers will no longer be prosecuted, a U.S. attorney announced this week.

“This case is about the conduct of a sitting state court judge, on the bench, in the course of her judicial duties. Its purpose has been to shed light on, and, as warranted, to secure accountability for that conduct,” U.S. Attorney for the District of Rhode Island Zachary Cunha, a Biden appointee, said in a statement.

“After I was assigned to oversee this matter, I undertook a full and comprehensive review of the evidence, the applicable law, and relevant equitable and prudential factors. Having done so, I have concluded that the interests of justice are best served by review of this matter before the body that oversees the conduct of Massachusetts state court judges, rather than in a continued federal criminal prosecution,” he added.

Cunha dropped charges against Massachusetts state District Court Judge Shelley Richmond Joseph, who had been charged with obstruction of justice.

According to charging documents, an Immigration and Customs Enforcement (ICE) officer entered Joseph’s courtroom on April 2, 2018, to secure Jose Medina Perez, an illegal alien who had a warrant for being in the country illegally after being deported.

Perez was appearing before Joseph on drug-related charges.

Joseph ordered the ICE agent to leave the courtroom, saying that Perez would go into the lobby after the proceedings were finished. But Perez’s attorney later approached the bench and said that the “best thing for us to do is to clear the fugitive issue, release him on personal [recognizance], and hope he can avoid ICE,” according to the documents.

Joseph told the court clerk to cut off the device recording the hearing, in violation of state rules. Afterward, Joseph let Perez exit the courtroom through a stairway and Wesley MacGregor, a bailiff, used his card to let Perez out the back door.

Andrew Lelling, the U.S. Attorney for the District of Massachusetts at the time, said the case was “about the rule of law.”

“The allegations in today’s indictment involve obstruction by a sitting judge, that is intentional interference with the enforcement of federal law, and that is a crime. We cannot pick and choose the federal laws we follow, or use our personal views to justify violating the law. Everyone in the justice system—not just judges, but law enforcement officers, prosecutors, and defense counsel—should be held to a higher standard. The people of Massachusetts expect that, just like they expect judges to be fair, impartial and to follow the law themselves,” added Lelling, a Trump appointee.

Cunha took on the case after the U.S. Attorney’s Office for the District of Massachusetts recused itself. Rachael Rollins, a Biden appointee, is in charge of the office at present.

McGregor, who is no longer employed by the state court system, previously entered into a deferred prosecution agreement for one count of perjury. U.S. prosecutors have moved to dismiss the other three counts against him.