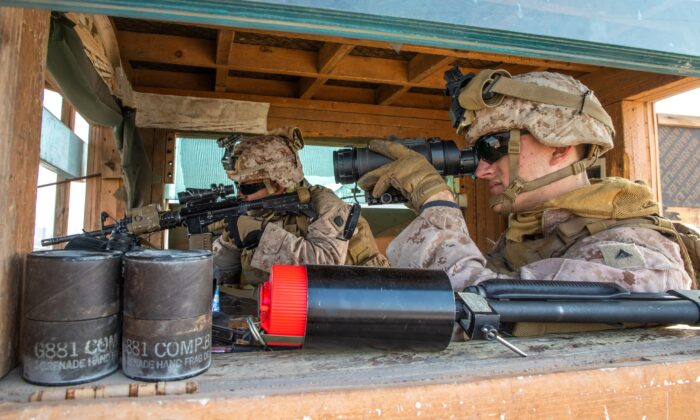 US Dismisses Iraq Request to Outline Plan for Troop Withdrawal

The United States dismissed a request by caretaker Iraqi Prime Minister Adel Abdul-Mahdi to come up with a plan for withdrawing foreign troops, including American ones, from Iraq.

“America is a force for good in the Middle East. Our military presence in Iraq is to continue the fight against ISIS and, as the Secretary has said, we are committed to protecting Americans, Iraqis, and our coalition partners,” State Department spokeswoman Morgan Ortagus said in a Jan. 10 statement, referring to the ISIS terrorist group. “We have been unambiguous regarding how crucial our D-ISIS mission is in Iraq. At this time, any delegation sent to Iraq would be dedicated to discussing how to best recommit to our strategic partnership—not to discuss troop withdrawal, but our right, appropriate force posture in the Middle East.”

“Today, a NATO delegation is at the State Department to discuss increasing NATO’s role in Iraq, in line with the President’s desire for burden-sharing in all of our collective defense efforts. There does, however, need to be a conversation between the U.S. and Iraqi governments not just regarding security, but about our financial, economic, and diplomatic partnership. We want to be a friend and partner to a sovereign, prosperous, and stable Iraq.”

Top American military officials including Gen. Mark Milley, chairman of the Joint Chiefs of Staff, and Defense Secretary Mark Esper have also said there were no plans for the United States to withdraw from Iraq.

Abdul-Mahdi said he asked Secretary of State Mike Pompeo to make plans for troop withdrawal during a phone call Thursday. The outgoing prime minister asked Pompeo to “send delegates to Iraq to prepare a mechanism to carry out the parliament’s resolution regarding the withdrawal of foreign troops from Iraq,” his office said.

In a briefing in Washington on Friday, Pompeo said Abdul-Mahdi “didn’t quite characterize the conversation correctly.”

“We are happy to continue the conversation with Iraqis about what the right structure is. Our mission set there is very clear: We’ve been there to perform a training mission to help the Iraqi security forces be successful and to continue the campaign against ISIS, to continue the counter-Daesh mission,” he said, using another name for the terrorist group. “We’re going to continue that mission but as times change and we get to a place to deliver upon what I believe and the president believes is our right structure, with fewer resources dedicated to that mission, we will do so.”

The United States is working on getting NATO to commit more resources to the Middle East and is focused on continuing the important missions, protecting and defending the American people, reducing costs, and keeping troops safe, Pompeo added.