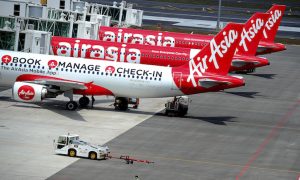 US Developing ‘Plan B’ for Deporting Convicted Plane Bomber

WASHINGTON — The federal government has been exploring a “Plan B” to deport a man who placed a bomb on a Hawaii-bound airplane in 1982 and who has remained in immigration custody since being released from prison two years ago.

Mohammed Rashed pleaded guilty in 2002 to his role in the bombing of Pan Am 830, which killed a Japanese teenager and injured more than a dozen others. Under the terms of his plea agreement, the U.S. government said it would work to deport the Jordanian-born Palestinian to the country of his choice after he finished serving his sentence on murder and conspiracy charges.

The government wants him out of here, and would love it if we could effect his removal.
— Christopher Dempsey, Justice Department lawyer

But efforts to deport Rashed have stalled amid diplomatic complications since his March 2013 release from prison. He remains at an immigration detention facility in Batavia, New York, and his lawyer has complained to a judge that the government appears to have failed to satisfy its end of the plea deal.

At a court hearing last month in Washington, Justice Department lawyer Christopher Dempsey said the government was developing a “Plan B” strategy to remove Rashed from the country. The details of that plan were not publicly disclosed in court, and lawyers involved in the case have declined to discuss it.

“The government wants him out of here, and would love it if we could effect his removal,” Dempsey said, according to a hearing transcript obtained by The Associated Press.

The AP reported in November, based on documents obtained through the Freedom of Information Act, that Rashed had requested to be sent to the West Bank, where he has family, and that the Obama administration sought Israel’s permission to send him there via a bridge connecting the territory with Jordan. Israel captured the West Bank in 1967 and controls access into and out of the territory.

But the Israeli Ministry of Foreign Affairs said in a June 2013 memo that Rashed’s Palestinian passport and birth certificate contained “material discrepancies” about his date and place of birth.

Dempsey said in court that even after the U.S. fixed the problem and submitted a correct passport, Israel demanded that Rashed be added to a Palestinian population registry — a step he said was still in progress.

“But we do have a Plan B to remove him, if we can’t get him to the West Bank, to get him to a second location,” Dempsey said. “The problem is we hit a snag with that operation, but it is a temporary thing, not a permanent obstruction. So that will happen. It is just not imminent, but it is certainly foreseeable.”

Rashed was a onetime top lieutenant to Abu Ibrahim, a Palestinian bomb maker who formed 15 May — a terrorist faction that took responsibility for several attacks in the 1980s — who was known for making sophisticated plastic explosives that could be smuggled in bags and suitcases. Abu Ibrahim, also known as Husayn Muhammad Al-Umari, remains on the FBI’s list of most wanted terrorists and was indicted in 1987 in the U.S. along with Rashed.

The attack on the Pan Am jetliner was set in motion when Rashed, on a flight to Japan, tucked a bomb beneath a seat cushion, pulled the pin, engaged a timer and then disembarked when his flight landed in Tokyo. The device exploded as the plane continued on to Honolulu, killing a 16-year-old boy who occupied the same seat on the flight’s next leg.

Rashed was arrested in Greece in 1988 with a phony passport and implicated in the bomb attack. He was prosecuted in that country and released in 1996, but was arrested in 1998 by U.S. authorities in another country and brought to Washington for prosecution.

He pleaded guilty in 2002 and was released from prison in 2013, after roughly 25 years behind bars in both Greece and the U.S.