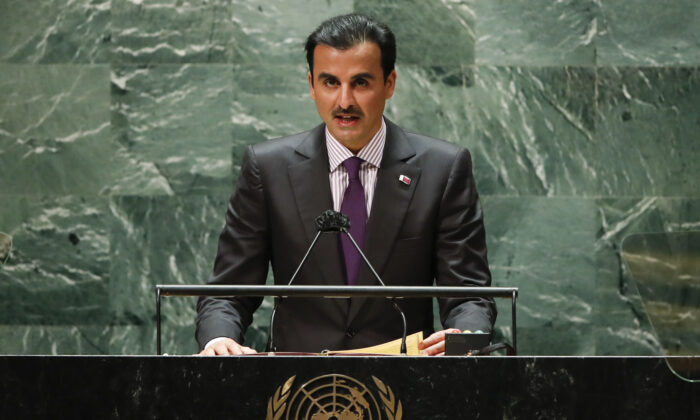 US Designates Qatar as Major Non-NATO Ally; Colombia to Follow

The Biden administration has designated Qatar as a major non-NATO ally (MNNA) of the United States, with Colombia soon to follow, opening up new avenues of cooperation between the nations.

President Joe Biden confirmed Qatar’s status in a March 10 statement, fulfilling the promise he made to Sheikh Tamim bin Hamad al Thani, Qatar’s emir, at the White House in late January. Qatar is the third Gulf region nation to become an MNNA nation, after Kuwait and Bahrain.

“I think it’s long overdue,” Biden said at the time.

Designating Qatar as an MNNA is targeted at reflecting the relationship between the two countries, Biden said. Qatar and the United States have collaborated on several critical issues in recent years, including in the evacuation of Afghanistan refugees following the Taliban takeover of the country in August last year.

The White House also intends to make Colombia an MNNA, according to a March 10 joint statement by Biden and Colombian President Ivan Duque Marquez. The designation is a recognition of Colombia’s “significant contributions” as a NATO global partner, its commitment to peaceful resolution of disputes, promotion of democracy, and rejection of Russia’s attack on Ukraine.

“This signifies the most important recognition of the importance that we have built over the years,” Duque told CBS News. “This will allow Colombia to have access to investment and trade and security in matters that will strengthen our relationship and protect Colombia.”

He pointed out that the MNNA status will allow the country to receive additional support in matters such as refugee protection and climate action.

Besides these countries, Taiwan has also been given the privileges of an MNNA member but without any formal designations.

“The Major Non-NATO Ally designation is a powerful symbol of the close relationship the United States shares with those countries and demonstrates our deep respect for the friendship for the countries to which it is extended. While MNNA status provides military and economic privileges, it does not entail any security commitments to the designated country,” according to the State Department website.

A country designated as an MNNA can loan out equipment, supplies, and materials for cooperative research, testing, evaluation, and development. It can house U.S.-owned war reserve stockpiles and get the right to purchase depleted uranium ammunition.

Such nations can enter into formal agreements with the U.S. Department of Defense for cooperative research and development projects in the field of munitions and defense equipment. In addition, companies from an MNNA country can bid for contracts that involve repair, maintenance, or overhaul of U.S. defense equipment outside of the United States.