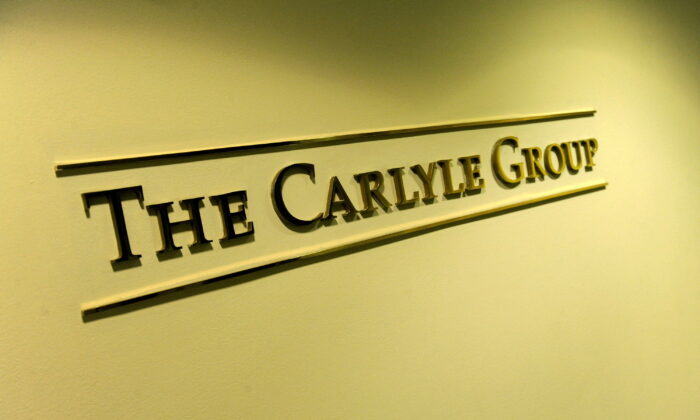 A general view of the lobby outside the Carlyle Group offices in Wash., on May 3, 2012. (Jonathan Ernst/Reuters)
Companies

Carlyle to Buy US Defense Contractor ManTech for $3.9 Billion

Carlyle has offered $96 per ManTech share held, representing a 17% premium to the stock’s closing on Friday. The company’s shares were up about 15% in early trading in a weak broader market.

Shares have gained about 11% since Reuters in February reported that ManTech’s co-founder, George Pederson, was exploring options for his controlling stake that included a sale.

Fairfax, Virginia-based ManTech performs defense and non-defense contracting services for the intelligence community, the Pentagon and other government agencies.

ManTech’s business could be an attractive addition to the portfolios of other Fed IT companies such as Leidos Holdings Inc, Booz Allen Hamilton Holding Corp, Akers said, adding he would not rule out further bids.

The enterprise value of the deal, expected to close in the second half of 2022, was $4.2 billion.

The deal comes when the outlook for mergers and acquisitions in the defense sector has been uncertain after arms maker Lockheed Martin Corp in February terminated its $4.4 billion proposal to acquire rocket engine maker Aerojet Rocketdyne Holdings Inc amid opposition from U.S. antitrust enforcers.

The Biden administration has also released a report detailing recommendations to boost competition in its defense industrial base, saying rapid consolidation has created a national security risk.