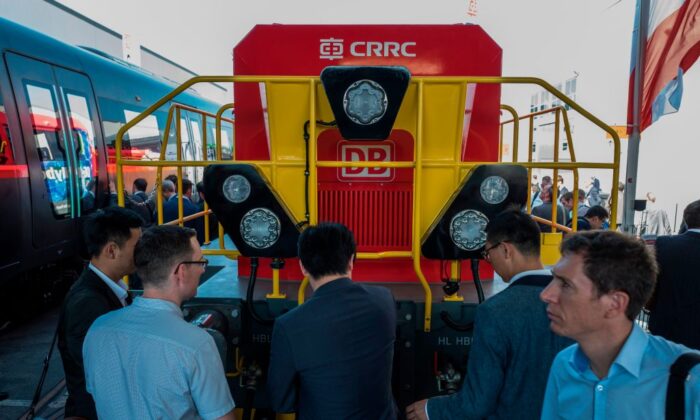 The U.S. Congress is set to address security concerns associated with Chinese-made railcars and buses in a massive defense spending bill.

The recently finalized version of the National Defense Authorization Act (NDAA) for the fiscal year 2020 contains provisions that would prohibit federal money from being used to procure rail cars and buses from “owned or controlled” enterprises, such as those from China.

Those provisions, however, exclude pre-existing contracts.

The NDAA, which sets budgets and expenditure for the Pentagon, this year included $738 billion for the department set national defense policy.

For months, bipartisan lawmakers have been pushing for legislation to safeguard U.S. national security from threats posed by Chinese-made public transit vehicles. In the Senate, the Transit Infrastructure Vehicle Security Act was introduced in March, and the House version of the bill was introduced two months later.

CRRC and BYD would likely see their businesses affected when NDAA becomes law.

The NDAA also includes language that prohibits the U.S. military from “entering into or renewing a contract” for buying Chinese drones. Bills have been introduced in both the Senate and the House that would impose restrictions on the government for procuring Chinese drones over concerns that the products could be used for spying.

U.S. officials and experts first raised espionage concerns about the use of Chinese-made rail cars earlier this year when media reports said that the Washington Metropolitan Area Transit Authority (WMATA) might award a contract to CRRC.

CRRC has made significant inroads into the U.S. market since 2014, winning contracts in the cities of Boston, Chicago, Los Angeles, and Philadelphia.

“Chinese government support has generated market distortions in a wide array of sectors and could enable the anti-competitive expansion of Chinese companies in the United States,” the U.S.-China Economic and Security Commission (USCC) said in its 2019 annual report to Congress.

CRRC was one of the companies that have received funding from Beijing. According to the report, the Chinese rail manufacturer received $37.4 million in government grants, including loans at below-market rates, in 2017.

The government funding made it possible for CRRC to outbid Canada-based transportation company Bombardier for a 2014 contract to produce 284 railcars for Boston for $566 million dollars, nearly half that of Bombardier’s competing $1 billion bid, according to the report.

Retired U.S. Army Brig. Gen. John Adams, who is now president of Guardian Six, a defense market researcher and solution provider, during a congressional hearing in May, warned about the security concerns associated with Wi-Fi systems and surveillance cameras embedded within CRRC rail cars.

“Chinese-built-in surveillance cameras could track the movements and routines of passengers, searching for high-value targets that intelligence officials can then identify to vacuum data from using the train’s built-in Wi-Fi systems,” Adams said.

BYD has also received extensive funding from Beijing. According to a May report by Chinese newspaper Southern Metropolis Daily, the company received 630 million yuan (about $92 million) in government subsidies in the first quarter of this year.

BYD would provide a total of 29 electric buses under these three contracts.

Most recently on Nov. 13, BYD announced on its website that it secured the “largest battery-electric bus order in U.S. history,” when it was awarded by a contract of 130 electric bus by the Los Angeles Department of Transportation.

In response to the NDAA provision, BYD issued a statement on Dec. 10, saying that the congressional decision “could weaken American competitiveness, threaten hundreds of union jobs, and undercut our country’s fight against climate change.”

In July, U.S. Sen. Marco Rubio (R-Fla.) wrote a letter to Miami-Dade County Mayor Carlos Gimenez, warning the mayor about the economic and national security risks if the local government were to award a contract to Chinese-backed companies for the city’s plan for a transit corridor between Miami and Miami Beach.

“Of particular concern is the partnership between BYD and Huawei in the SkyRail autonomous driving monorail transit system,” Rubio wrote.

The senator added: “Huawei is a state-directed telecommunications company and an instrument of national power used by the totalitarian Chinese regime to undermine U.S. companies and other international competitors, engage in espionage on foreign countries, and steal intellectual property and trade secrets.”