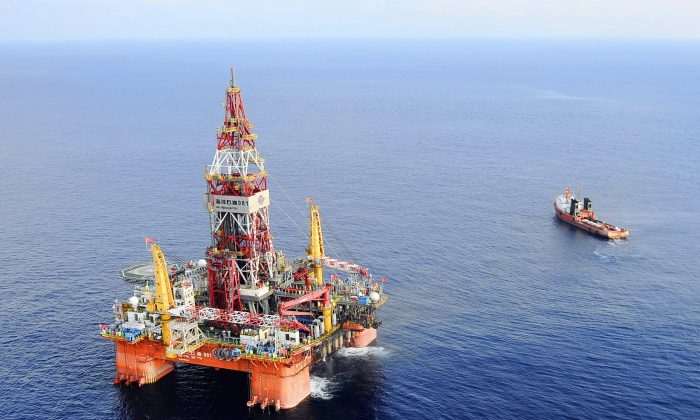 WASHINGTON—The United States said on Aug. 22 it is deeply concerned about China’s interference in oil and gas activities in waters claimed by Vietnam, saying this called into serious question Beijing’s commitment to peaceful resolution of maritime disputes.

A State Department statement said China’s redeployment of a government-owned survey vessel, together with armed escorts, into waters off Vietnam on Aug. 13 was “an escalation by Beijing in its efforts to intimidate other claimants out of developing resources in the South China Sea.”

Vietnam, which has developed increasingly close ties with Washington given shared concerns about China, has demanded that Beijing remove the vessel amid a month-long standoff in waters seen as a potential global flashpoint.

The Haiyang Dizhi 8 first entered waters that Vietnam claims as its exclusive economic zone in July and appeared to conduct a seismic survey. It left the area on Aug. 7 and returned a week later escorted by Chinese coast guard vessels.

The State Department said that in recent weeks China had taken “a series of aggressive steps to interfere” with long-standing economic activities in the South China Sea by rival claimants to the disputed waters from the Association of Southeast Asian Nations (ASEAN).

It said Beijing’s aim was “to coerce them to reject partnerships with foreign oil and gas firms, and to work only with China’s state-owned enterprises.” It said China was pressuring Vietnam over its work with a Russian energy firm and other international partners.

The State Department said U.S. energy firms had interests in the South China Sea and Washington was “committed to bolstering the energy security of our partners and allies in the Indo-Pacific region and in ensuring uninterrupted regional oil and gas production for the global market.”

U.S. warships have conducted periodic “freedom of navigation” operations in the South China Sea to challenge China’s claim to nearly all of the strategic waterway.

By David Brunnstrom and Doina Chiacu