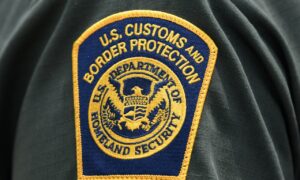 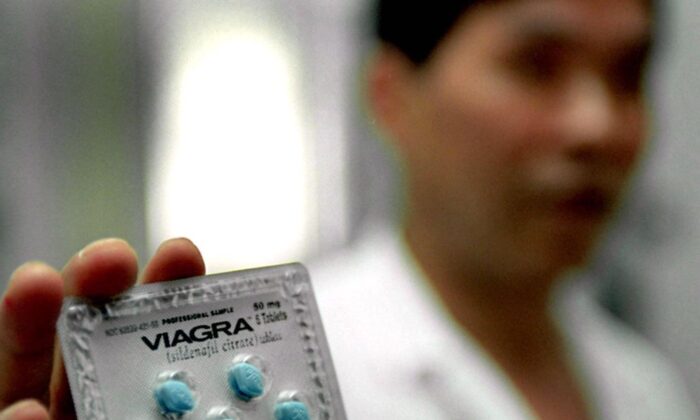 A Chinese doctor shows the anti-impotence drug Viagra at a hospital in Shanghai on July 5, 2000. (Liu Jin/AFP via Getty Images)
China-US News

The fake anti-impotence pills were among 31,072 fake items intercepted at the Los Angeles-Long Beach port on Sept. 21. Also seized were 5,145 counterfeit pieces of apparel and footwear bearing the logos of Gucci, Louis Vuitton, Ferragamo, Moschino, Versace, Balenciaga, and Nike.

In addition, 927 items of fake makeup and perfume, in violation of the registered trademarks of MAC and Chanel, were also seized.

If genuine, the seized merchandise would have had an estimated manufacturer’s suggested retail price of more than $3.5 million, according to an Oct. 27 statement from Customs and Border Protection. The items were subsequently handed to the Los Angeles Police (LAPD) illicit pharmaceutical and counterfeit unit for investigation,

“The best way consumers can protect themselves and avoid this type of fraud is to purchase items from legitimate sources only,” said Donald R. Kusser, CBP Area Port director of the Los Angeles-Long Beach port.

China remains the top source of fake goods entering the U.S. market. According to statistics from the U.S. Department of Homeland Security, CBP made 27,599 seizures in the fiscal year 2019. These goods would have had an estimated retail price of $1.5 billion if they were genuine.

Among all seizures, the top category was counterfeit watches and jewelry at 15 percent, followed by apparel and accessories at 14 percent; handbags and wallets at 13 percent; footwear at 12 percent; and consumer electronics at 10 percent.

CBP has made several seizures of China and Hong Kong-made fake goods in the past few months.

On Sept. 16, CBP announced that it seized 900 sets of fake Apple AirPods imported into Puerto Rico from Hong Kong via air courier. The fake headphones would have had a market value of $217,400 if they were authentic.

A day later, on Sept. 17, CBP announced that customs officials in Cincinnati seized 200 fake Rolex watches on Aug. 28. The shipment, fraudulently labeled as “timers,” were addressed to an individual in New York.

If authentic, the watches would have had a market value of more than $2.5 million.

Together, the 7,170 items would have had a suggested retail price of close to $5 million if authentic.