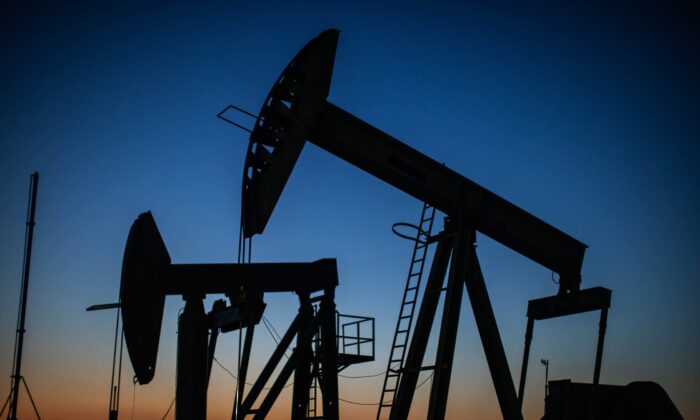 US Crude Output Still Below Pre-Crisis Levels; Slowing Production Could Weigh on Growth

Over the past month, West Texas Intermediate (WTI) crude oil prices have surged nearly 20 percent to around $120 per barrel. Despite soaring energy prices, U.S. output is still below pre-pandemic levels, with analysts pointing to Washington and cash discipline as the causes.

WTI and Brent, the international benchmark for oil prices, have rallied in recent sessions on China’s economic reopening and Saudi state-owned oil producer Saudi Aramco having raised the price of Arabia light crude for Asian customers by $2.10 per barrel. The European Union’s plan to reduce its imports of Russian energy by 90 percent at the end of 2022 has also contributed to the latest gains.

But the U.S. oil and gas industry’s lack of significant activity continues to play a major role in the commodity’s gains.

According to the Energy Information Administration (EIA), domestic production totaled 11.9 million barrels per day (bpd) in the week ending May 27. This is unchanged from the same time in the previous month, and it remains under the peak of 13.1 million bpd in February 2020.

Industry activity has quieted down in recent weeks. The Baker Hughes oil rig count stood at 574 for the second consecutive week.

“Additionally, there has not been a flood of cash via private equity into new entities to begin drilling across the U.S.,” Faulkner told The Epoch Times. “Inflation and labor shortages have also greatly crimped the ability for shale firms to even modestly expand their capital expenditures (CapEx) while experiencing robust cash flows.”

Moreover, with the financial sector focusing on ESG, it has become challenging for the fossil fuel industry to attract new investment. Some of the world’s largest banks have been divesting from or applying restrictions on the fossil fuel industry and certain projects, according to the Institute for Energy Economics and Financial Analysis. The report noted that banks such as Citigroup wouldn’t invest in Arctic drilling, while MetLife was restricting investment in the oil sands.

But U.S. production could enjoy revived growth over the next couple years, Rystad Energy said.

Permian crude production growth is forecast to outpace Iraq this year. The Permian Basin, which is a vast shale basin situated in west Texas, is projected to expand by approximately 1 million bpd to 5.6 million bpd this year and then climb to as much as 6.5 million bpd in 2023.

“The Permian has become the hot spot for U.S. oil production thanks to significant resources, low breakeven costs, and high oil content. This trend is only likely to continue as global oil markets struggle with supply constraints and the demand for oil shows little sign of easing,” Espen Erlingsen, head of upstream research at Rystad Energy, wrote in a research note.

“The market had been punishing companies for increased spending, but Kinder traded well last week,” Kiley said. “The shift may be an acknowledgment by the market that new infrastructure is needed to reduce long-term inflation due to higher commodity prices. Or it may be a signal that spending on natural gas infrastructure and CO2 sequestration is what the market wants as it looks to a realistic energy transition strategy.”

Still, Faulkner contends that greater activity can only become ubiquitous throughout the industry if the “Biden administration ceases its predatory stance against domestic oil and gas production.”

Bob Bilbruck, the CEO at Captjur, a technology and strategic services firm, echoed this sentiment, telling The Epoch Times that the White House has made “it very hard to drill for oil.”

“It’s a cute little political game they are playing with the oil industry to make it appear that they are pro-drilling, but when the rubber hits the road, they are making it very hard on these companies to get new drilling leases and operations underway,” Bilbruck said.

President Joe Biden suspended new oil and gas leasing on federal land and waters last year, but the directive was halted by a Louisiana judge, forcing the administration to continue leasing.

Despite the rhetoric emanating from Washington, ESG and climate-related risks will start taking a backseat in the short term due to the plethora of challenges the global economy is facing, according to Jarand Rystad, CEO of Rystad Energy.

“As companies continue to consider how they can ease the supply crisis in the face of the new geopolitical situation, while investors review their portfolios in a new light as supply chain issues persist, we are likely to see new commercial models emerge as energy security, inflation, and interest risk in the short-term trump ESG and climate related risks,” he wrote in a note. “In the longer term, however, the Russian invasion has triggered an acceleration of renewable energy initiatives, especially in Europe.”

Will Prices Come Down Soon?

For the global energy market to rebalance, crude prices need to average $135 a barrel in the 12 months beginning in July, Goldman Sachs analysts predicted in a new note. Prices are expected to surge to $140 this summer amid a drop in Russian output, recovering Chinese demand, and the busy U.S. driving season.

Motorists will feel like crude oil is closer to $160 per barrel because of the refining shortage, the investment bank warned. Over the past year, there have been intense bottlenecks at refineries, resulting in soaring gasoline prices. Gasoline stocks have also fallen during 11 of the last 12 weeks.

According to the American Automobile Association (AAA), the national average price for a gallon of gasoline is $4.92, up more than 61 percent year-over-year.

The price hikes won’t end anytime soon, writes Phil Flynn, a market analyst and author of The Energy Report, citing the futures market. This, he said, will harm economic growth, consumers, and businesses.

July RBOB gasoline futures have risen more than 17 percent over the past month on the New York Mercantile Exchange, adding to their year-to-date gain of 86 percent.

But should inflation continue to be stubbornly high and the economy slip into a recession, oil prices could fall back to around $100, Faulkner said.