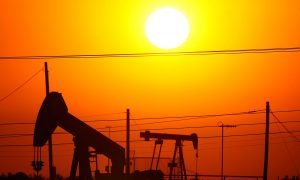 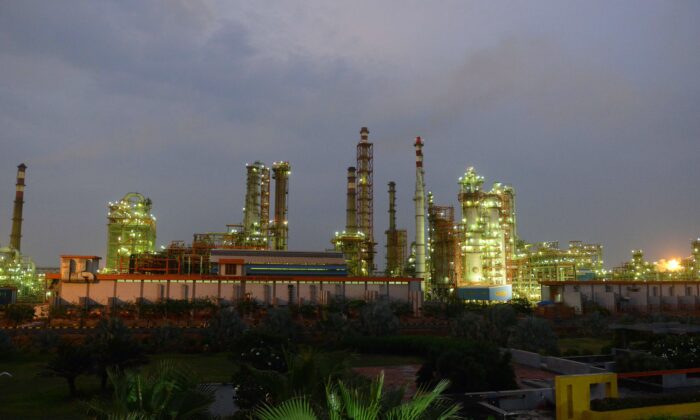 China began small scale importing of U.S. crude oil in 1996, but volumes took off in 2016 as the fracking boom tripled U.S. crude oil production and made America the world’s largest oil exporter. But as the Sino-U.S. trade war heated up in 2018, China slashed U.S. imports from about 15 million barrels (or 500,000 barrels a day) in June 2018, to zero two months later.

The Epoch Times reported that Trump joined tens of thousands of Indian-Americans on Sept. 22 who packed into Houston’s NRG stadium for a rally with Indian Prime Minister Narendra Modi. The two allies held hands high as a cacophony of drums and cheers rocked America’s most important energy hub.

Modi praised Trump as a “very special person” who “needs no introduction.” Modi told the crowd that, “Today, we are witnessing a new history and a new chemistry in the making.” He added that the day was “witness of synergy between India and the U.S.”

As Trump stepped up to the microphone, the throng broke into a defining “USA! USA! USA!” Trump thundered to the mostly Indian-American crowd, “You have never had a better friend as president than President Donald Trump.” He added, “Under PM Modi’s leadership, the world is witnessing a strong, sovereign republic of India.”

India’s LNG import capacity is expected to grow from 38.8 million tonnes per annum to 52.5 million tonnes over the next 3-4 years. The United States has the lowest production cost and is building the largest excess LNG capacity on the planet.

India’s Hindu Business reported that the day before the Sept. 22 Modi-Trump rally, Houston’s Tellurian Inc. signed a non-binding ‘Memorandum of Understanding’ with India’s Petronet LNG Ltd. to purchase up to 5 million tonnes of LNG at a long term price of about $4.50, and invest $2.5 billion in a U.S. based joint-venture.

The attacks on Saudi Arabia’s oil facilities that created history’s largest oil production disruption, is motivating large consumers like India to diversify away from the Middle East, according to Vanda Insights CEO Vandana Hari. She suggests, “If the U.S. can offer oil and gas supplies on sweetened terms, it can muscle into the Indian market.”