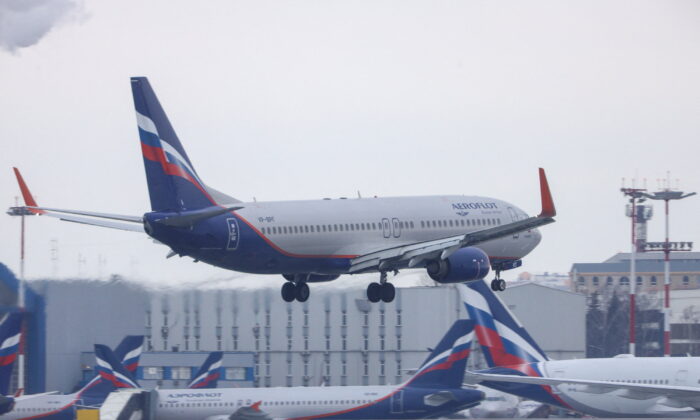 US Cracks Down on Russian Airlines After Flights Violated Export Controls

The enforcement action denies the three Russian cariers export privileges and targets the entire airlines, not just specific planes. The U.S. government believes the actions will over time make the carriers largely unable to continue flights.

Previously, the United States had identified more than 170 Boeing airplanes that Russian airlines were operating in violation of U.S. sanctions, including about 40 Aeroflot Boeing 737 and 777 airplanes, 21 Azur Boeing planes and 17 UTair Boeing aircraft.

The export controls bar companies around the world from providing any refueling, maintenance, repair, or spare parts or services to the identified airplanes.

Deputy Commerce Secretary Don Graves said the message was clear: “Defy our export controls at your own peril.”

Assistant Secretary of Commerce for Export Enforcement Matthew Axelrod said the government believes “Aeroflot, Azur Air, and UTair and their fleet of aircraft will over time largely be unable to continue flying either internationally or domestically as they are now cut off from the international support and the U.S. parts and related services they need to maintain and support their fleets.”

The airlines did not immediately respond to request for comments.

“Our export controls are working,” Graves said, adding U.S. exports to Russia of items subject to new licensing requirements have decreased by 99 percent by value.

The orders prohibit service for maintenance contracts and the use of any U.S. parts to service identified planes but the Commerce Department could approve safety-critical parts on a case-by-case basis.

The Commerce Department said that after it placed the planes on restrictions in March, Aeroflot continued to fly them to Beijing, Delhi, Antalya and Istanbul, Dubai, and on some domestic Russian flights.

Azur Air continued to fly to Turkey, Dubai, and Vietnam as well as some domestic flights in Russia, while UTair flew to Tajikistan, Armenia, Azerbaijan, Saudi Arabia, and Uzbekistan as well as some Russia domestc flights, the Commerce Department said.

Any U.S.-origin aircraft or foreign aircraft that includes more than 25 percent controlled U.S.-origin content is subject to a license requirement if it is Russian-owned or operated and exported to Russia.

The United States, European Union, and other countries have barred Russian planes from U.S. airspace.

By David Shepardson and Karen Freifeld