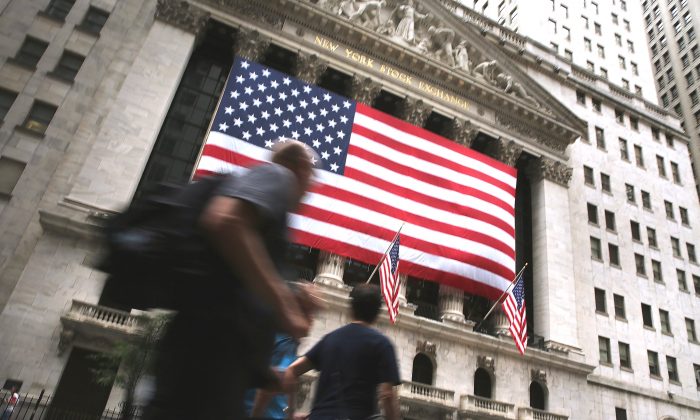 People walk outside past the New York Stock Exchange (NYSE) building at the close of the day after trading was paused for nearly four hours due to a "technical glitch" on July 8, 2015 in New York City. (Spencer Platt/Getty Images)
US

BOSTON—Organizers of a federal pilot program designed to root out homegrown extremists are looking to lessons learned in Europe, where government programs to confront radicalization have been in place for years but continue to generate debate.

Boston’s version of the Countering Violent Extremism program brought in experts Tuesday to discuss efforts in the United Kingdom and Germany that have brought youths and others vulnerable to extremist ideology into family counseling before they could take violent action in their community or join the ISIS or other extremists groups waging jihad in the Middle East and elsewhere.

But Muslim activists attending the event at Suffolk University Law School questioned the science behind the overseas efforts and argued that trying to identify possible extremists based on their comments or actions would trample on free speech and other basic American civil rights.

“We have deep, fundamental concerns because of a lack of empirical evidence that you can predict criminal behavior based on certain actions or beliefs,” said Shannon Erwin of the Muslim Justice League.

Event speakers pushed back at the concerns, noting that sharing Islamic State propaganda on social media or believing that holy war is the truest form of Islam, for example, represent real warning signs of extremism.

“You’ve got to be realistic about this,” Rashad Ali, a senior fellow with the London-based Institute for Strategic Dialogue, said to activists during a heated point in the discussion. “And being realistic is not putting your head in the sand and denying the facts that are in front of us.”

U.S. Attorney for Massachusetts Carmen Ortiz, whose office is heading the Boston version of the Countering Violent Extremism program, closed the two-hour discussion by stressing that none of the European initiatives touched on Tuesday were being actively pursued in Boston or elsewhere in the country at this point.

“We’re not here to give you the specific answers. That’s one of the things that government has been criticized for,” she said.

The Obama administration launched the Countering Violent Extremism program more than a year ago with pilot efforts in Boston, Los Angeles and Minneapolis. The programs have rolled out slowly, in large part because of concerns from activists that they effectively amount to government surveillance of Muslims.

Britain to Seize Passports of Teens at Risk of Extremism

In Minnesota, U.S. Attorney Andy Luger has tried to mollify concerns by signing a document promising specifically that that would not be the case in his jurisdiction.

Ortiz says she’s trying to take a largely hands-off approach, encouraging community groups in the Boston area to take the lead rather than letting her office dictate.

“Some believe we’re coming up with a specific program that we’re feeding down to the community,” she told the crowd of about 40 representatives from law enforcement, public health, social services and faith-based communities. “That’s not what this is all about. It’s really about providing different options for members of the community that want to help families.”

John Robbins, head of the Massachusetts chapter of the Council on American-Islamic Relations, was among those who left Tuesday’s meeting unconvinced. If a person declined to take part in one of these intervention programs, he worried, would he or she then get “red flagged” as a possible extremist by law enforcement?

Lorenzo Vidino, director of George Washington University’s Program on Extremism, maintained that hasn’t been the case, at least in the examples presenters cited.

“This can save lives,” he said. “Right now, we have an approach that pushes individuals further down the extremist trajectory.”