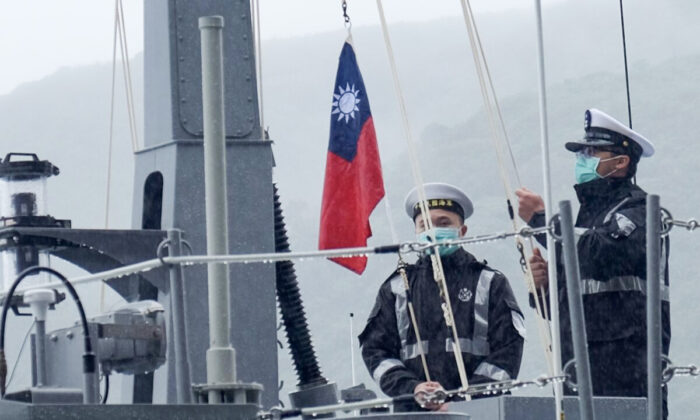 US Could Lose East Asia If Taiwan Falls to China, Former US Diplomat Says

Losing Taiwan to China would be a disaster for the United States, and Washington needs to do more for the self-ruled island’s defense, a former U.S. diplomat said.

“If Taiwan falls into Chinese hands, Japan is totally isolated. It’s cut off. The [first] island chain is broken,” William Stanton recently told NTD, The Epoch Times’ sister media. He added that Beijing would then use the island as “a base for dominating” the region.

Stanton was the director of the American Institute in Taiwan (AIT), the de facto U.S. Embassy on the island, from 2009 to 2012.

“We have huge strategic interests,” Stanton added. “If the U.S. doesn’t want to lose all of East Asia, the U.S. has to be involved in the fight.”

The Chinese Communist Party claims Taiwan as a part of its territory and has vowed to take over the island one day, by force if necessary. For over a year, the communist regime has frequently flown military jets into the island’s air defense identification zone, and held military exercises near Taiwan, in the hope of intimidating the island into submission and accepting its rule.

​​In October, Taiwan’s defense minister warned that Beijing would be capable of mounting a full-scale invasion of the island by 2025.

Taiwan sits on the strategic first island chain—an arbitrary demarcation stretching from the Kuril Islands of southern Japan, Taiwan, the northern Philippines, to Borneo in the south. For decades, China’s military strategists have seen the first island chain as a barrier before the Chinese regime can project its air and naval power to the second island chain and beyond.

As a result, Stanton explained that Beijing is driven by strategic reasons, rather than “nationalism” alone, in its drive to bring Taiwan under its fold.

“It’s also a hegemonistic desire for more power and more military weight by taking over Taiwan,” he added.

Stanton offered a recommendation—Washington should lift all Missile Technology Control Regime (MTCR) limits on what Taiwan can do in terms of missiles.

The MTCR is an informal political agreement formed in 1987 aimed at reducing the risks of proliferation of weapons of mass destruction. It restricts participating countries from transferring rockets and unnamed aerial systems that can deliver a 500-kilogram warhead for a range of at least 300 kilometers (about 186 miles).

According to the State Department, 37 countries belong to the MTCR, including Australia, Canada, Japan, the United Kingdom, and the United States. China is not one of the 37 nations.

“Because most countries and international organizations fail to recognize that Taiwan is in fact a state, Taiwan cannot formally participate in the MTCR. Nonetheless, the U.S. has used its leverage to ensure that Taiwan does not exceed MTCR limits,” Stanton explained, according to his recent opinion article published in online newspaper Taiwan News.

Without MTCR restrictions, Taiwan would be able to advance its missile programs and launch more communication satellites, Stanton said.

“I think they [Taiwan] need more long-distance missiles as a deterrent.”