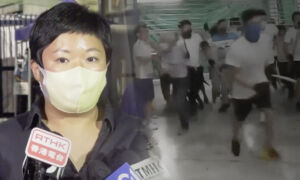 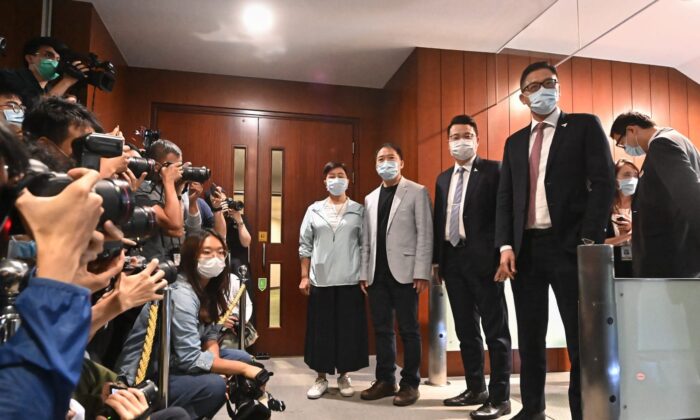 The Trump administration warned that more sanctions could be imposed on Hong Kong and Chinese officials, after Beijing passed a resolution that led to the ousting of four Hong Kong pro-democracy lawmakers.

“[T]he Chinese Communist Party (CCP) has flagrantly violated…its promises to the people of Hong Kong..‘One Country, Two Systems’ is now merely a fig leaf covering for the CCP’s expanding one party dictatorship in Hong Kong,” stated National Security Adviser Robert O’Brien in a Nov. 11 statement. The latter refers to the framework by which Beijing promised to rule Hong Kong while preserving its autonomy upon transfer from British to Chinese sovereignty in 1997.

“The United States will continue to utilize all the powers granted under the Hong Kong Human Rights and Democracy Act, the Hong Kong Autonomy Act, and the Executive Order on Hong Kong Normalization to identify and sanction those responsible for extinguishing Hong Kong’s freedom,” O’Brien concluded.

On Wednesday, the Standing Committee of China’s rubber-stamp legislature, the National People’s Congress, passed a resolution outlining conditions under which Hong Kong lawmakers could be disqualified, such as “seeking out external forces to interfere with Hong Kong affairs.”

Shortly after the resolution was adopted, the Hong Kong government announced that four incumbent lawmakers would be disqualified, including three from the local Civic Party.

In protest, all 19 pro-democracy lawmakers in the opposition camp of Hong Kong’s Legislative Council (LegCo) announced their resignation en masse.

In August, the United States sanctioned Hong Kong leader Carrie Lam and 10 other Hong Kong and Chinese officials for undermining the city’s freedoms. Last week, four more officials were hit with sanctions for their roles in implementing Beijing’s national security law, which punishes vaguely-defined crimes such as secession and subversion of the one-party communist state with a maximum penalty of life imprisonment.

On Thursday, a LegCo session proceeded without the opposition lawmakers. According to local media RTHK, 11 motions proposed by the four disqualified lawmakers were removed from the agenda.

According to LegCo quorum rules, the main chamber requires only half of the members to be present, while committees need up to 20 members to function. Thus, LegCo can technically function without the pro-democracy camp.

In the morning, opposition lawmaker Lam Cheuk-ting told local media that 15 lawmakers (excluding the four who were disqualified) were expected to individually hand in their resignation letters that day. He staged a brief protest inside the legislative building by hanging two banners on the wall, with the message: “Carrie Lam has brought calamity to Hong Kong and its people; her infamy will last ten thousand years.”

Around 2:20 p.m. local time, pro-democracy lawmaker Claudia Mo arrived at LegCo to hand in her resignation letter, while carrying a yellow umbrella, an iconic symbol of Hong Kong protests dating back to 2014 when tens of thousands occupied the city’s Central district for nearly 80 days.

Speaking to local media, Mo said she felt sad yet relieved to leave her post because “the pro-Beijing types will just pass anything that the government wants to pass.”

Mo added: “We are quitting the legislature only at this juncture. We are not quitting Hong Kong’s democracy fight.”

About twenty minutes after Mo’s arrival, Lam, Andrew Wan, Wu Chi-wai, and Helena Wong—all lawmakers from the local Democratic Party—showed up to submit resignation letters for themselves and three other colleagues.

Also speaking to local media, Wu said that the “one country, two systems” model was dead, and replaced with “one country, one system.” He called on Hongkongers to persevere in the face of “authoritarian suppression.”

Asked by a reporter about the statement, Wu rejected such a claim.

“From our point of view, it’s clear that Beijing does not respect the Basic Law,” Wu said, adding that “the words coming from the Beijing government will not change our mind.”

The HKMAO also accused the lawmakers of staging a “farce” that served their own “political gains.”

“Democracy in Hong Kong is gasping for air,” stated Sens. Marco Rubio (R-Fla.) and Jeff Merkley (D-Ore.) in their joint statement, adding that “[T]here will be consequences for Beijing’s action.”

“It is critical that the United States and all allies of freedom come together to recognize and condemn the undeniable and far reaching ramifications of this authoritarian powergrab, which has wiped out what little remained of Hong Kong’s democratic political system and violates China’s treaty obligations,” the senators added.

President of Freedom House Michael J. Abramowitz said LegCo “will be nothing more than a rubber-stamp body for Beijing,” and called on the U.S. administration and other countries to consider sanctions.

“The authorities should allow all disqualified LegCo members to challenge the decision in court and let the legal process play out,” Mishra concluded.

The United Kingdom, Australia, Taiwan, Germany, and Canada have also voiced concerns over the lawmakers’ dismissal.