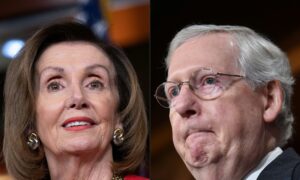 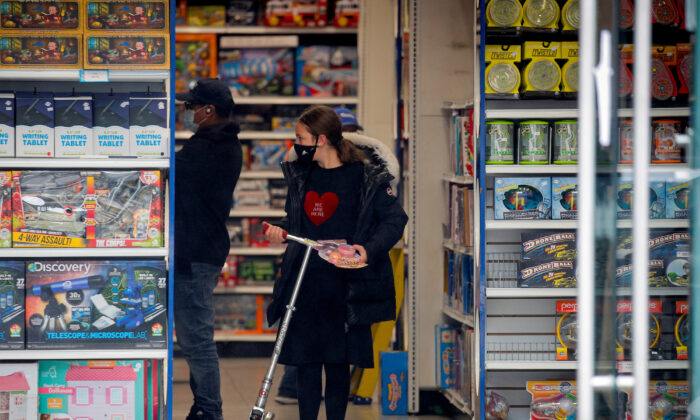 U.S. consumer spending and personal income both increased more than expected in September, with higher wages, growth in owner-operated business profits, and remaining pandemic aid contributing to the income boost.

The Commerce Department said in a release Friday that personal consumption expenditures (PCE), a reflection of household spending on goods and services, rose by $201.4 billion in September, or 1.4 percent month-over-month. Economists polled by Reuters predicted consumer spending would rise 1 percent in September.

Consumer spending, which in August rose by 1 percent following three straight months of growth, accounts for over two-thirds of U.S. economic activity.

American consumers spent more in September on both goods ($109.9 billion) and services ($61 billion). The leading contributors to goods-related spending were purchases of new motor vehicles and parts, as well as clothing and footwear. Most of the increase in services-related spending was on health care, with outpatient services leading the way. There were also significant contributions from recreation services, led by membership clubs, sports centers, parks, theaters, and museums.

The uptick in personal income reflected an increase in employee compensation, rental income, and proprietors’ income, which is the excess of revenue over production costs at owner-operated businesses. While government social benefits dropped overall in September, there was an increase in the Lost Wages Supplemental Payments program, the federal $300 weekly supplement to state unemployment benefits authorized by a presidential memorandum, which disbursed $275.6 billion.

In September, Pandemic Unemployment Assistance fell by $23.3 billion, Pandemic Unemployment Compensation Payments dropped by $221.9 billion, and government wage and salary disbursements decreased by $7.4 billion, while wages and salaries grew by $86.2 billion and private industry profits rose by $82 billion, reinforcing the view that it is primarily private sector activity that has fueled the pickup in income and spending.

The saving rate, at 14.3 percent in September, ticked down by 0.5 percentage points from 14.8 percent in August, suggesting more Americans were relying on savings to support consumption expenditures.

The income and spending report comes on the heels of a Commerce Department announcement Thursday that, following a record downturn, the U.S. economy expanded by a 33.1 percent annualized rate in the third quarter, posting the strongest recovery in recorded history. Third-quarter growth reflected a robust pace of expansion in consumption, housing, and business investment.