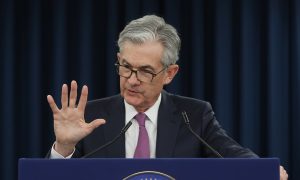 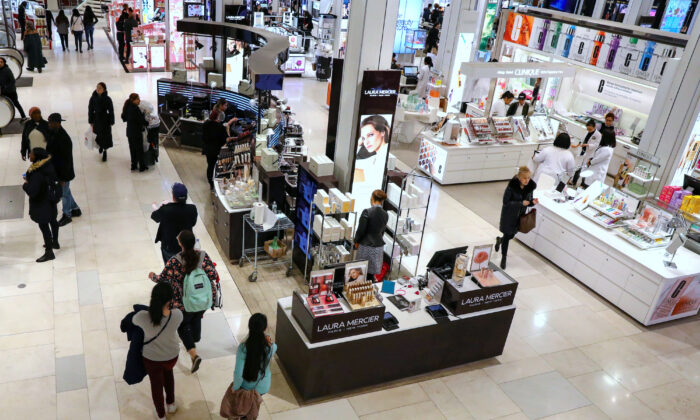 U.S. consumer prices rose 2.5 percent year-over-year in January, official non-seasonally-adjusted figures show, representing the biggest such rise since October 2018 and supporting the Federal Reserve’s view that the economy continues along the path of expansion.

The Labor Department released its Consumer Price Index (CPI) numbers on Feb. 13, which show changes in how much Americans are paying for everyday items such as clothes and food.

The so-called core CPI figures, which exclude the volatile food and energy components, rose a seasonally adjusted 0.2 percent last month after edging up 0.1 percent in December. In January, the core CPI rose by a seasonally unadjusted 2.3 percent year-over-year, rising by the same margin for four straight months.

Prices of airline tickets, health care, recreation, and education were significant contributors to inflation in January.

The Fed tracks the core personal consumption expenditures (PCE) price index for its 2 percent inflation target. The core PCE price index rose 1.6 percent on a year-on-year basis in December. It undershot its target in 2019.

The central bank’s chairman, Jerome Powell, told lawmakers this week that the “economy is in a very good place, performing well,” adding “over the next few months, we expect inflation to move closer to 2 percent, as unusually low readings from early 2019 drop out of the 12-month calculation.”

Powell told a House Financial Services Committee hearing Feb. 11 that while the economy grew at a moderate pace and the labor market strengthened over the second half of last year, inflation remained below the Federal Open Market Committee’s (FOMC) symmetric 2 percent objective.

After the FOMC’s most recent rate-setting meeting in late January, during which members ruled to keep the federal funds rate unchanged, Powell expressed concern about inflation running too cool.

Powell said in his Feb. 11 remarks that in the 12 months through December 2019, total personal consumption expenditures inflation was 1.6 percent, while core inflation, which excludes food and energy prices, also stood at 1.6 percent.

Another inflation gauge the Fed uses to inform its rate-setting decisions is market-based inflation expectations. A chart provided by Nicholas Reece, senior financial analyst and portfolio manager at Merk Investments, shows that market participants believe average inflation over the next 10 years will hover around 1.7 percent.

Allen Sukholitsky, founder and chief macro strategist at Xallarap Advisory, told The Epoch Times in a statement: “Although Chair Powell said that the current stance of monetary policy will likely remain appropriate, the market is pricing almost a 50 percent chance of at least two rate cuts by December.

“We are in the midst of the longest expansion on record, and despite labor market strength, the Fed has still been unable to hit its inflation target,” Sukholitsky said.

January PCE price data will be published later this month, which will provide further insight into how inflation is developing compared to Fed expectations.