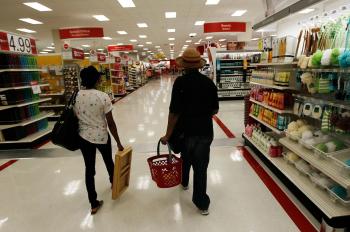 US Consumer Confidence Sinks in September

Antonio Perez
View profile
Follow
biggersmaller
Print
NEW YORK—Americans are harboring a much grimmer view of the U.S. economy than in past months, the latest consumer sentiment readings show.

National consumer confidence sank to its lowest reading since February 2010, according to the latest Consumer Confidence Index released by the Conference Board on Tuesday.

The New York-based economic research organization said that September consumer confidence sank to 48.5, down from the revised level of 53.2 in August, reflecting weaker outlook on the U.S. economy by consumers. Economists surveyed by Thomson Reuters expected a reading of 52.5.

The index measures consumers’ view of the job market and business conditions over the next six months.

“Overall, consumers' confidence in the state of the economy remains quite grim,” said Lynn Franco, director of the Conference Board Consumer Research Center in a statement. “And, with so few expecting conditions to improve in the near term, the pace of economic growth is not likely to pick up in the coming months.”

Consumer confidence is key to consumer spending, which accounts up to 70 percent of U.S. GDP and is a driver of economic and business growth.

While few companies are hiring, latest figures from the U.S. Department of Labor show that fewer employees are being laid off and applying for unemployment benefits. Nevertheless, most Americans are still feeling the effects of a recession as close to 10 percent of the workforce remain unemployed.