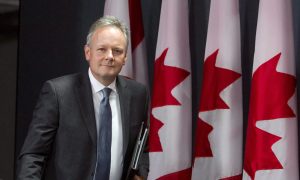 2016 to Be a Year of Transition for Canadian Economy
0 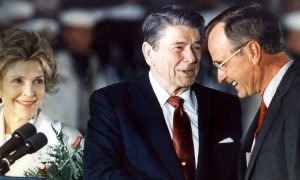 Economy Would Be Better Off With a Republican President
0 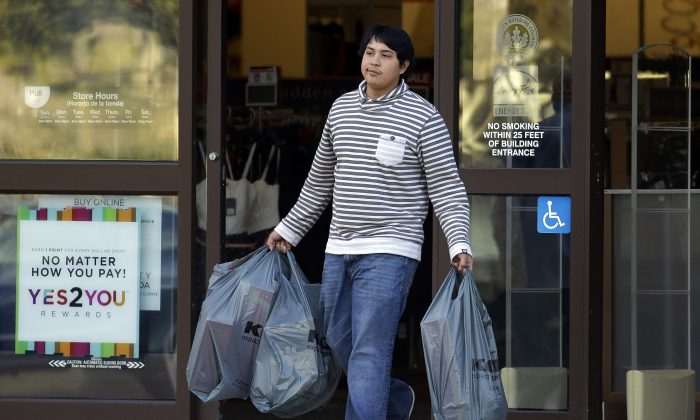 A man carries bags out of a department store, in Alameda, Calif., on Dec. 17, 2015. U.S. consumer spending rebounded in November after a weak showing in October, while a key inflation gauge posted the fastest year-over-year increase in 11 months. The Commerce Department said Wednesday, Dec. 23, that consumer spending increased 0.3 percent in November after an essentially flat reading in October and a 0.2 percent gain in September. Personal income rose a solid 0.3 percent in November, reflecting solid gains in wages and salaries, after a 0.4 percent October increase. (AP Photo/Ben Margot)
Business

Consumer borrowing rose $14 billion in November to a fresh record high of $3.53 trillion, the Federal Reserve said Friday. Economists believe that strong job gains in the labor market will boost consumer confidence and convince households to finance purchases by taking on more debt.

For November, the category that covers credit cards increased $5.7 billion after a much smaller $65 million gain in October.

The category that covers auto loans and student loans rose by $8.3 billion. That was the smallest monthly gain for this category in more than three years.

In its monthly credit report, the Fed does not break down auto loans and student loans in the seasonally adjusted data. However, analysts said they believed the slowdown occurred in student loans given that car sales have been so strong in recent months.

The overall monthly gain of $14 trillion was slightly below the October gain of $15.6 trillion. It was the smallest overall gain since an increase of $10.8 billion last January.