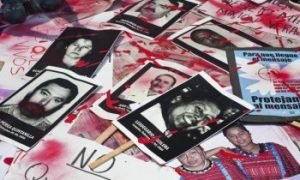 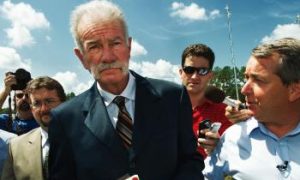 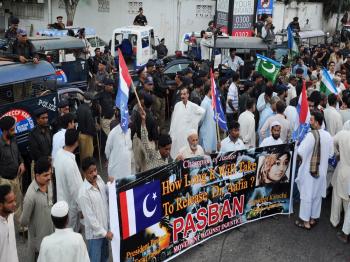 Pakistani police block a street toward the US consulate during a protest rally by political parties and human rights activists in Karachi on September 22, 2010, against the detention of a Pakistani woman Aafia Siddiqui in the United States. (Asif Hassan/AFP/Getty Images)
International

US Consulate Official Kills 2 in Pakistan

By Andrey Volkov
Print
A U.S. Consulate employee shot dead two people on a motorbike in Lahore on Thursday, the capital of Pakistani province Punjab.

According to local police, Rimond Davis said that he opened fire on motorcyclists in self-defense when the two tried to rob him, Associated Press of Pakistan reported.

A nearby pedestrian was also killed when a car from the consulate rushed out to try to help, BBC reported.

The local police have detained the shooter and are investigating whether the two motorcyclists were robbers.

U.S. State Department spokesman P.J. Crowley told reporters in Washington that the consulate employee is American, but declined to say whether or not he has diplomatic immunity and the right to carry a handgun.