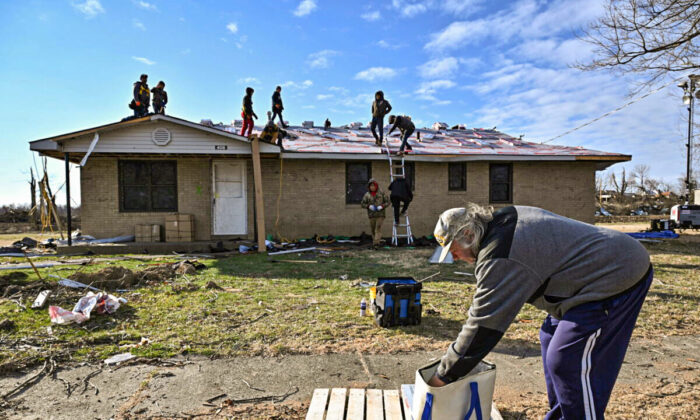 Charles Carmickle reaches to grab sandwiches to give away to nearby construction workers repairing a home after tornadoes ripped through several U.S. states in December in Mayfield, Ky., on Jan. 28, 2022. (Jonathan Cherry/Reuters)
US News

US Construction Spending Surges in January on Homebuilding

The Commerce Department said on Tuesday that construction spending increased 1.3 percent. Data for December was revised higher to show construction outlays rising 0.8 percent instead of 0.2 percent as previously reported.

Investment in private non-residential structures like gas and oil well drilling accelerated 1.8 percent in January, suggesting a rebound in spending early in the first quarter. Spending on structures fell for a third straight quarter in the October-December period.