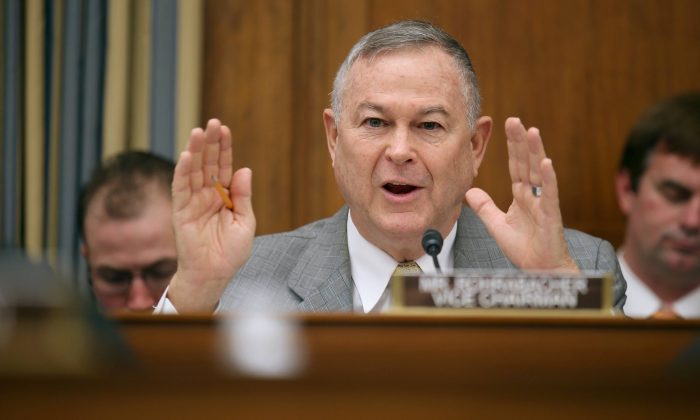 Congressman Dana Rohrabacher (R-CA) at a hearing in Washington D.C. on March 19, 2013. Congressman Rohrabacher has called on the Taiwan administration to resist pressure from the Chinese Communist Party over press freedom. (Chip Somodevilla/Getty Images)
China

US Congressman Urges Taiwan to Support Press Freedom in China

An outspoken U.S. congressman has joined the growing number of public figures calling on the Taiwan administration to resist pressure from Beijing over press censorship.

The contract is due to expire in August, but Chungwa has so far been reticent about its intentions to renew the lease.

NTD is an independent network that covers human rights issues and corruption in the Chinese Communist Party. Although blocked in China, the New York-based broadcaster can reach mainland viewers via the Chungwa satellite.

“New Tang Dynasty broadcasts vital news and information to the people of communist China, news which the communist leadership does not want the Chinese people to know,” wrote Rohrabacher in his open letter.

“I believe that Taiwan as a democracy should do all that it can to support a free press, to support democracy and to support the political freedom of those living under the rule of the Chinese Communist Party.”

Congressman Rohrabacher made a similar written request to the Taiwanese president when Chunghwa attempted to exit the satellite contract when it due for renewal in 2011.

“Two years ago, I was very pleased to see that New Tang Dynasty was allowed to keep broadcasting,” Rohrabacher wrote. “Taiwan did the right thing and I applauded President Ma for doing it.

“I hope he will again show that he is a strong leader and support human rights in China and allow New Tang Dynasty to stay on the air.”