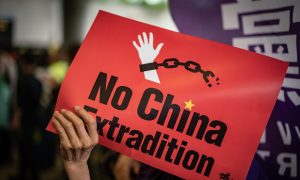 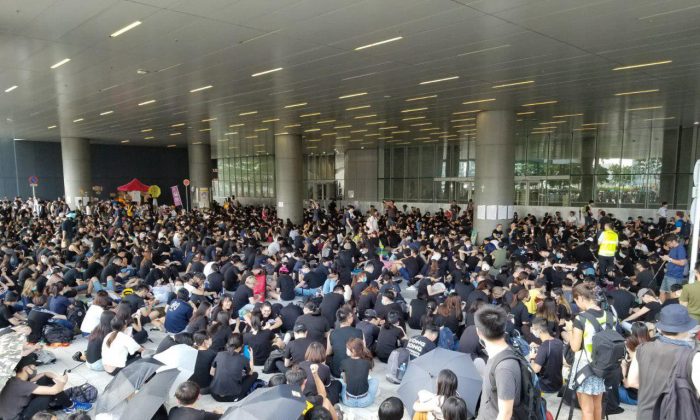 As protests continue in Hong Kong against a controversial extradition bill, one Republican House Representative explained how communist Beijing is behind the tension in the former British colony, while calling on the possibility of tough measures by America against Chinese officials.

On June 20, Congressman Mike Gallagher (R-Wi.) published a column entitled “Hong Kong Remains a Test for the Free World” on his website.

“The White House, along with Congressional leadership, should make it crystal clear to the Communist Party of China (CCP) and to the entire world that the United States continues to carefully monitor Hong Kong and that any violence against future protests will be met with Magnitsky sanctions against responsible officials,” the congressman wrote.

The courage of a million-plus protesters in Hong Kong has demonstrated the Chinese people are the primary victims of the CCP’s oppression. As I explain in @RealClearWorld, we must help them seize this opportunity for a better future.https://t.co/ptV5rKHggi

Passed into law in 2016, the Global Magnitsky Act allows for sanctions against individuals who commit human-rights violations, including freezing their U.S. assets and barring them from entry to the United States.

On June 12, peaceful protests descended into chaos at around 3 p.m. local time, after some protesters attempted to break the police line outside the legislative council (LegCo) building. Local police used pepper spray, tear gas, rubber bullets, and bean bags in an attempt to remove protestors from the streets.

Hong Kong leader Carrie Lam has so far refused to concede to a demand by the protesters to form an independent commission to investigate police actions on June 12.

“Policymakers should be clear: We do not have a China problem,” Gallagher said. “We have a Communist Party of China problem.

“As the courage of a million-plus protesters in Hong Kong has demonstrated, the Chinese people are the primary victims of the Party’s oppression,” the congressman added.

As of now, the debate of the extradition bill, which includes the communist mainland, has been “indefinitely suspended” after Lam backed down from pushing through the legislation on June 15 following a 1.03 million-strong protest march on June 9 followed by June 12 protests outside LegCo.

However, despite her back down, Lam refused to concede to the protesters’ actual demands, which include withdraw the bill. This triggered another protest march on June 16 which had an estimated 2 million participants.

The CCP is using Hong Kong to “test its people and the world,” and the city is a “crucial battleground in the struggle between the rule of law and totalitarianism,” the congressman wrote.

He went on to explain: “Just as the surest way to invite further [Chinese Communisty] Party aggression is failing to act in the face of their abuses, standing strong against aggression and violence not only is the right thing to do, but actively helps Beijing understand when it crosses boundaries at its own risk.

“International pressure and shame are important tools to chasten the Party’s behavior.”

The 1992 U.S.-Hong Kong Policy Act allows the United States to continue to treat Hong Kong as a non-sovereign entity that is separate from China on matters of trade and economics. The Asian financial hub was handed back to the mainland by the British in 1997.

On June 13, four U.S. senators reintroduced a bipartisan proposal for a Hong Kong Human Rights and Democracy Act in Congress, which aims to “reaffirm U.S. commitment to democracy, human rights, and the rule of law at a time when Hong Kong’s autonomy is under assault by interference from the Chinese government and Communist Party.”

A similar bill was introduced in 2017.

“Many once hoped that the liberalism of Hong Kong would spread to the mainland, but Beijing is determined that the opposite should occur.

“Democracy is not spreading. It is being strangled,” the congressman concluded.