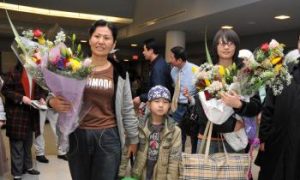 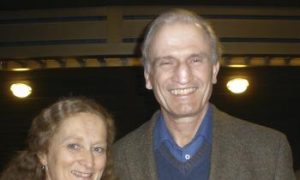 Shen Yun 'takes you to another dimension'
0
US

[youtube]Qwi6GVi8ZI4[/youtube] Dana Rohrabacher on CNN’s “Parker-Spitzer” show
While Hu Jintao was being treated very diplomatically during the press conference at the White House, one congressman was not pulling any punches. Other congressmen are distancing themselves from Hu.

Representative Dana Rohrabacher (R-Calif.) on Wednesday morning referred to the Chinese regime as a “gangster regime.”

In an interview on CNN’s "Parker-Spitzer" talk show Wednesday evening, Congressman Rohrabacher explained what he meant.

Rohrabacher said of China, “This is a gangster regime that murders their own people and should be treated that way or they won’t respect us…

“There has been no reform, no liberal reform in China at all. There is no freedom of speech, no freedom of the press, no freedom of assembly. … There are no opposition parties in China. Anyone who sticks their head up in China is immediately thrown into prison.”

Rohrabacher said the worst feature of China’s human rights record was its “ongoing repression of religion.”

He specifically cited as an example the treatment of Falun Gong practitioners.

“[Falun Gong practitioners] are being thrown into prison by the thousands and being beaten to death to steal their organs and sell their organs. It doesn’t get much more ghoulish than this,” the congressman said.

The congressman then pointed out that Falun Gong was only one example, and he also mentioned “the suppression of the Tibetan people, the Uyghers, and many other groups within China.”

While Rohrabacher’s remarks were remarkable for their candor, other congressmen have signaled disapproval of Hu Jintao’s visit.

The speaker of the House, John Boehner, majority leader of the Senate, Harry Reid, and minority leader, Mitch McConnell, all declined to attend the state dinner at the White House on Wednesday night.