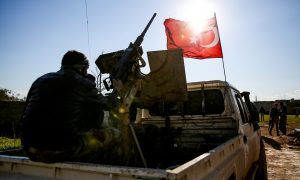 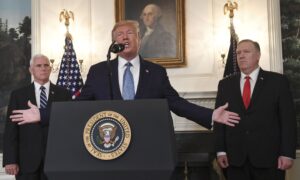 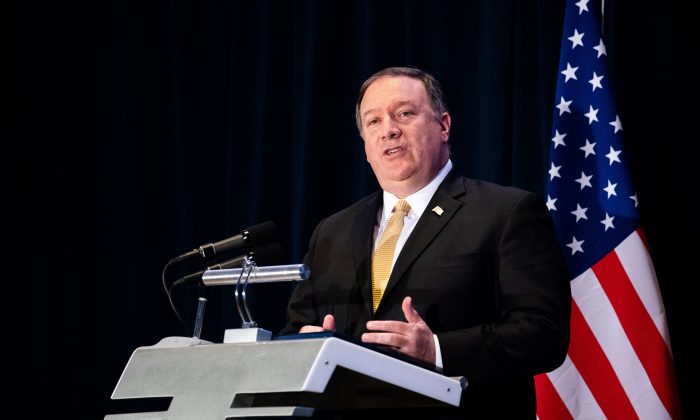 US Condemns Attacks in Syria’s Idlib, Calls for Cease-Fire

The United States has condemned “unjustifiable attacks” against the people of Idlib province in northwest Syria this week and said it’s prepared to take the “strongest diplomatic and economic actions” against President Bashar Assad’s regime.

In a statement issued Jan. 27, Secretary of State Mike Pompeo said tens of thousands of people are being forced to flee their homes following intense attacks, and called for a cease-fire so that humanitarian organizations can help those who have been affected.

“The United States is monitoring with grave concern the situation in northwest Syria where the combined forces of Russia, the Iranian regime, Hezbollah, and the Assad regime reportedly are conducting a large-scale assault upon the people of Idlib and western Aleppo provinces,” the statement reads.

“These forces reportedly are conducting indiscriminate aerial bombardment and ground attacks that have trapped thousands of civilians under bombardment in Marat an-Numan, leaving them nowhere to flee.”

Pompeo said tens of thousands of civilians have fled their homes; the Anadolu Agency reported the number at roughly 21,000.

While many civilians have reportedly fled to tent camps set up near the Turkish border, the camps fail to meet the needs of the thousands of displaced Syrians and many are still in urgent need of shelters, tents, blankets, and beds.

“The destabilizing actions of Russia, the Iranian regime, Hezbollah, and the Assad regime are directly preventing the establishment of a ceasefire in northern Syria, as called for in UNSCR 2254, and the safe return of hundreds of thousands of displaced persons in northern Syria to their homes,” Pompeo said.

He added that the United States strongly condemns the attacks and is prepared to take strong action “against the Assad regime and any state or individual that aids its brutal agenda.”

Idlib has been devastated by the attacks in recent days as Assad, backed by Russian air power, attempts to recapture the last rebel-held territory in Syria’s northwest.

In September 2018, Turkey and Russia agreed to turn Idlib into a deescalation zone, prohibiting acts of aggression.

However, more than 1,300 civilians were killed in airstrikes and shelling by the regime and Russian forces between May and August 2019 alone, as the cease-fire continues to be violated, according to the United Nations.

The latest renewed fighting comes just a week after Turkey, which backs the government in Tripoli, and the United Arab Emirates, Egypt, and Russia agreed with Western powers to push for a lasting cease-fire and uphold an arms embargo.

Turkey already hosts more than 3.5 million Syrian refugees, and there are growing concerns that millions more could soon cross the border.

“The two leaders discussed the need to eliminate foreign interference and maintain the ceasefire in Libya. The leaders agreed that the violence being carried out in Idlib, Syria, must stop,” White House spokesman Judd Deere wrote on Twitter.

Syria has been embroiled in civil war since March 2011, when anti-government protests broke out across the country, which has been ruled by the Assad family for more than four decades. Dictator Bashar Assad violently suppressed protests against his regime, triggering an armed conflict that has ravaged Syria since and allowed for a number of political and opposition groups to emerge and for the ISIS terrorist group to gain territory.

The United States, which continues to advocate for a negotiated settlement (pdf) between the government of Syria and opposition forces, has directed more than $9.1 billion toward Syria-related humanitarian assistance.

Congress has also appropriated billions more for security and stabilization initiatives in Syria and neighboring countries.

Between 2015 and late 2017, the United States gradually increased its military presence in Syria to roughly 2,000; in late 2018, President Donald Trump announced that U.S. troops would begin to withdraw after the defeat of ISIS.