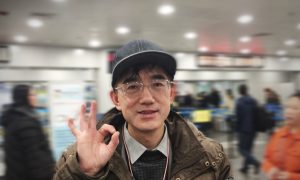 A U.S. company has been fined $575,000 for importing powdered sweetener that was made by prison labor in China, U.S. Customs and Border Protection (CBP) announced on Aug. 13.

The penalty against Pure Circle USA marked the first fine issued by the agency since the passage of a 2015 law that bans the import of goods made by forced labor.

CBP said the company had imported at least 20 shipments of stevia powder and derivatives that had been processed in China with prison labor. Stevia is a plant extract used as a sweetener in sodas and other foods.

The investigation arose after the agency seized a shipment in May 2016 based on a tip-off that stevia produced by a Chinese company, Inner Mongolia Hengzheng Group Baoanzhao Agricultural and Trade LLC, was made with prison labor.

“As part of its trade enforcement responsibilities, CBP will hold companies accountable for importing goods produced with forced labor,” said Brenda Smith, Executive Assistant Commissioner of CBP’s Office of Trade, in a statement.

Pure Circle said that it did not admit liability as part of the settlement with CBP, and agreed to pay the fine to end the costly investigation.

“We have strongly refuted and provided substantial evidence disproving the CBP’s 2016 claim that forced labor was used to produce the stevia we source from China,” a company spokesperson said in a statement.

CBP has stepped up its investigations of imports suspected to be made with forced labor in China. It has issued 11 detention orders since last September, including four against products from China.

This week, the agency said it would seize all imported garments made by Chinese conglomerate Hero Vast Group based on information that it was using prison labor to produce the merchandise.

“The use of forced labor is not just a serious human rights issue, but it also brings about unfair competition in our global supply chains,” Smith said at the time.