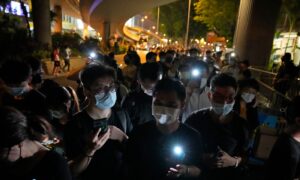 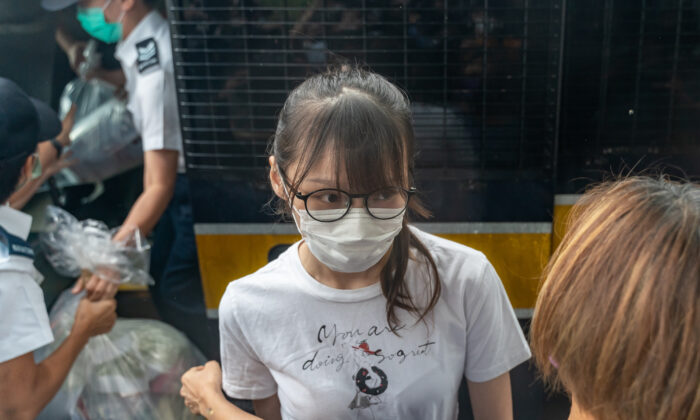 The Congressional–Executive Commission on China (CECC), a bipartisan group of U.S. lawmakers, spoke out on June 12 against the imprisonment of Hong Kong pro-democracy activist Agnes Chow.

Chow, 24, was released from prison on June 12 after being imprisoned for more than six months for taking part in an unauthorized protest near Hong Kong’s police headquarters on June 21, 2019. She was convicted along with fellow activists Joshua Wong and Ivan Lam in December last year.

On June 12, the CECC took to Twitter to voice support for Chow, as well as others who remain behind bars in Hong Kong.

“#AgnesChow’s release only highlights the injustice of her imprisonment,” the CECC stated.

“A more appropriate action to commemorate the 2nd anniversary of 2019 #HongKong protests would have been to drop charges against those who participated in those protests & release all other political prisoners.”

Chow was released before the end of her 10-month sentence for unknown reasons. Wong is currently in prison after being convicted of taking part in several unauthorized assemblies in 2019 and 2020.

“I am glad @ChowAgnes has been released from prison—but she should never have been jailed in the first place!” Rogers wrote on Twitter.

HKDC wrote on Twitter: “She [Chow], and countless others, should never have been arrested in the first place. And every day a single activist spends in jail is one day too many.”

On June 12, Chow didn’t speak to the media after she was released from the Tai Lam Correctional Institution in Hong Kong. She wrote on Instagram later that day.

“The painful six months and 20 days are finally over,” Chow wrote. “What’s next is to take a good rest and take good care of [my] body because [my] body has become too thin and weak during this time period.”

She ended her brief message with the words “(wry smile).”