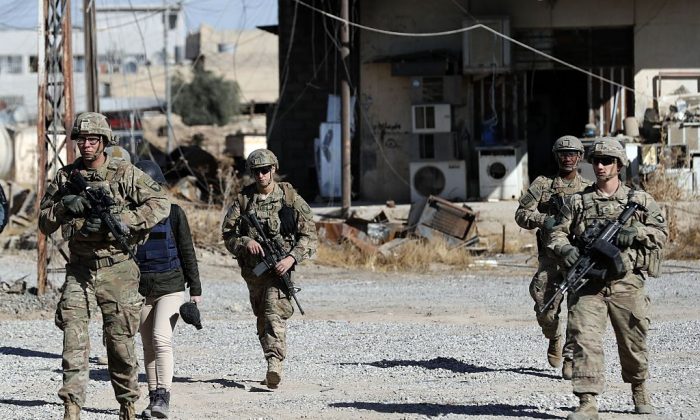 US soldiers patrol near an Iraqi army base on the outskirts of Mosul, on November 23, 2016. (THOMAS COEX/AFP/Getty Images)
International

US Commander: Mosul and Raqqa Should Be Retaken in 6 Months

CAMP TAJI, Iraq—Forces fighting the ISIS terrorist group should be able to retake the ISIS-held cities of Mosul in Iraq and Raqqa in Syria within the next six months, according to the top U.S. commander in Iraq.

On a tour north of Baghdad Wednesday, U.S. Army Lt. Gen. Stephen Townsend said “within the next six months I think we’ll see both (the Mosul and Raqqa campaigns) conclude.”

Townsend, who heads the U.S.-led coalition against IS, said Iraq’s military is still in the process of putting forces into place ahead of the push into western Mosul, but predicted operations would begin “in the next few days.”

Iraqi forces declared Mosul’s east “fully liberated” in January after launching the operation to retake the city in October.