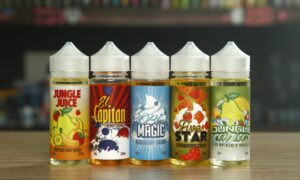 E-cig Flavors May Be More Than Alluring; They Also Add Toxic Chemicals
0 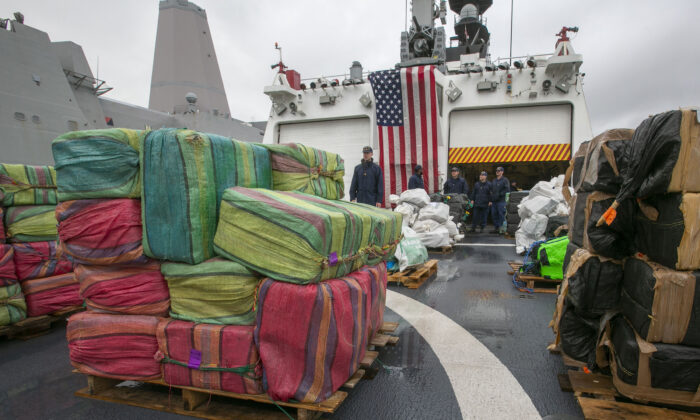 US Coast Guard to Unload Nearly 20,000 Pounds of Seized Cocaine Worth $338 Million

The U.S. Coast Guard said on Feb. 10 that it would unload nearly 20,000 pounds of cocaine seized in recent months from what it described as “known drug-transit zones of the Eastern Pacific Ocean.” The haul is worth approximately $338 million.

The Coast Guard is cooperating with numerous other U.S. agencies from the departments of Defense, Justice, and Homeland Security to fight transnational organized crime, including drug cartels, according to a media advisory. Surveillance video showing interceptions in real-time has been uploaded by the Coast Guard.

“The fight against drug cartels in the Eastern Pacific Ocean requires unity of effort in all phases from detection, monitoring and interdictions, to criminal prosecutions of these cases by U.S. Attorneys in districts within Florida and Texas,” the advisory stated.

A Coast Guard spokesperson told The Epoch Times that in fiscal year 2019, a total of 207.9 metric tons of cocaine were confiscated. The amount seized in that year was worth an estimated $6.14 billion and also resulted in 611 people being detained.

In December, Trump said everything that needed to be done to declare Mexican cartels terrorist organizations had been completed, but that he would hold off on any action at the request of Mexico’s president.

“At the request of a man who I like and respect, and has worked so well with us, President Andres Manuel López Obrador, we will temporarily hold off this designation and step up our joint efforts to deal decisively with these vicious and ever-growing organizations!” Trump said on Twitter.

Coast Guard Lt. Cmdr. Matthew Kroll told The Epoch Times previously that there has been an upward trend in drug seizures, largely as a result of cartels switching their primary smuggling routes away from the Caribbean after the United States increased its presence there.

“A lot of energy was put into the Caribbean side over the last 10 to 15 years,” he said. “After we started upping our presence in that area, the natural shift was to go the other way.”

Trump said last year that the United States is “losing 100,000 people a year to what is happening and what is coming through from Mexico,” referring to drug trafficking.

Last month, the Mexican government updated the number of citizens classified as missing to more than 61,000. According to Reuters, most of that number are victims of the country’s war with drug cartels, which have become increasingly violent.

The recent Coast Guard interceptions were part of Campaign Martillo, a “regional initiative targeting illicit trafficking that threatens security and prosperity at the national, regional, and international levels.”