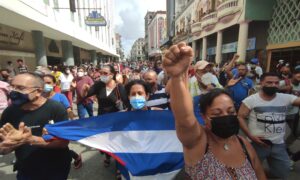 Cuba: A Longing for Something Beyond the Material
0
Share Now
TelegramFacebookTweetEmailTellMeWeReddit
Copy Link 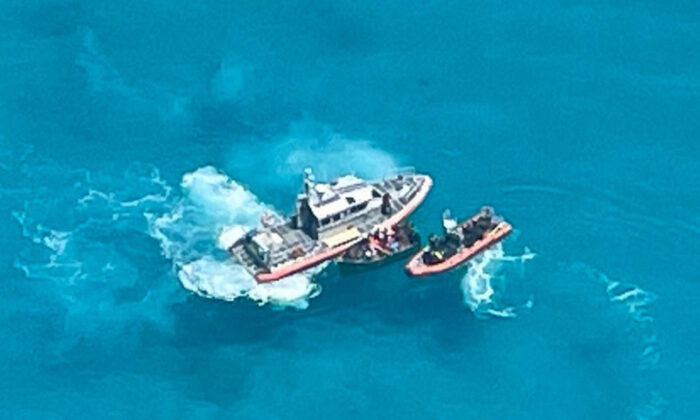 The U.S. Coast Guard said that it has repatriated 27 Cuban migrants found at sea to their communist-ruled homeland after it intercepted two groups off Florida’s coast.

The announcement on July 28 comes amid unrest in Cuba sparked by mass protests across the nation that started on July 11 when thousands of citizens took to the streets to call for an end to the communist regime, crying out for freedom.

The Coast Guard intercepted one group of Cuban migrants on the afternoon of July 23 after a person reported the vessel to watchstanders of the Coast Guard Sector Key West, according to a statement. The 21-foot vessel, which was 7 miles south of Key West, was found to have 22 people aboard.

A second group of Cuban migrants was intercepted on the afternoon of July 24. A makeshift raft was reported by Coast Guard Station Islamorada to Sector Key West watchstanders.

The raft was about 15 miles offshore of Islamorada and carried five people. Coast Guard crewmen personnel up the five people and transferred them to the Charles Sexton.

All the Cuban migrants were reported to be in good health. Before they were sent back to Cuba, all the migrants received food, water, shelter, and basic medical attention, the Guard announced.

#SeeSomethingSaySomething Mariners – if you see any migrant voyage, call the @USCG to help prevent loss of life at sea.#DontTakeToTheSeas

The latest two interdictions are believed to be of the first wave of migrants seeking to flee Cuba by sea since the July 11 protests—the largest seen in Cuba in decades. The Cuban regime responded to the protests with mass arrests and sent Communist Party militants and paramilitary forces to monitor dissidents in cities and towns across the country.

Coast Guard Sector Key West Commander Capt. Adam Chamie said in a statement that all mariners are asked to “report any possible migrant voyages to help prevent loss of life at sea,” adding, “Taking to the seas on unsafe vessels is dangerous and can result in loss of life.”

The Biden administration previously warned Cuban and Haitian migrants against sailing to the United States.

Homeland Security Secretary Alejandro Mayorkas, a Cuban native, said on July 13, “The time is never right to attempt migration by sea. To those who risk their lives doing so, this risk is not worth taking. Allow me to be clear: If you take to the sea, you will not come to the United States.”

The Coast Guard continually monitors the Florida straits in the Caribbean Sea for approaching vessels, he said, adding that the Guard has also been monitoring for “unpermitted vessel departures from Florida to Cuba.”

The Guard previously issued a statement on July 16 warning any U.S. residents from sailing to Cuba without a permit.