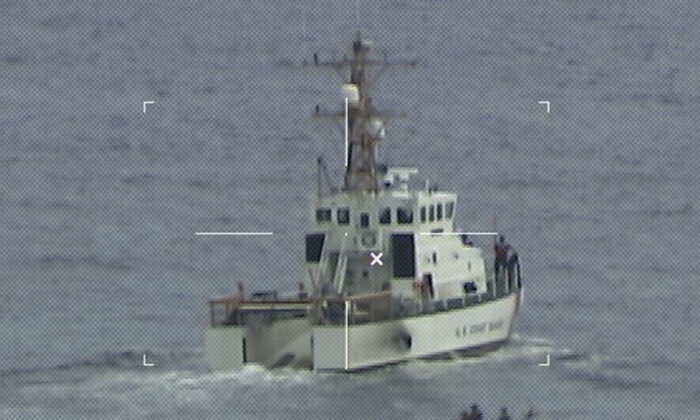 A Coast Guard cutter off the coast of Florida in a file photo. (U.S. Coast Guard via AP)
US News

US Coast Guard Searches for Man Who Jumped From Cruise Ship

TALLAHASSEE, Fla.—The U.S. Coast Guard is searching for a man who jumped overboard from a cruise ship early Saturday as it approached Florida.

The man jumped from the Carnival Cruise Lines ship Mardi Gras just after midnight about 55 miles east of Port Canaveral, according to the Coast Guard and Carnival.

The Coast Guard responded with two cutters and an airplane to search for the 43-year-old man. The Mardi Gras and the cruise ship Elation also participated in the search, said Coast Guard spokesman David Micallef.

“The Carnival Care Team is supporting the guest’s family. Mardi Gras,” said Carnival spokesman Matt Lupoli. “Our thoughts and prayers are with the guest and his family.”

Lupoli said the Coast Guard released the ship from the search efforts and it continued to Port Canaveral. It will continue sailing as scheduled.