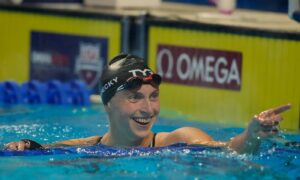 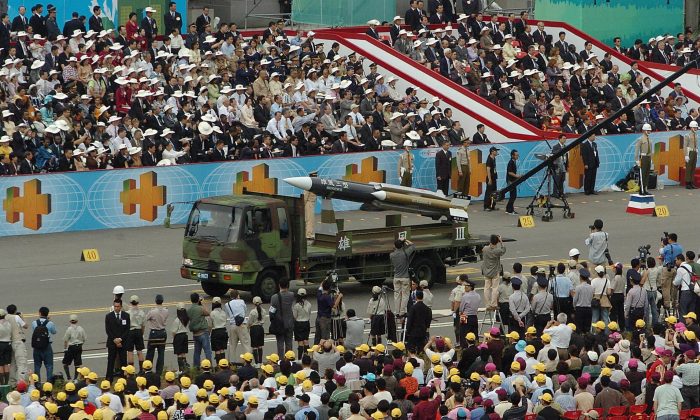 A home-grown supersonic Hsiung-feng 3 (Brave Wind) ship-to-ship missile is displayed during a military parade as part of National Day celebrations in Taipei, Taiwan, on Oct. 10, 2007. (TONY HUANG/AFP/Getty Images)
US

The United States will sell Taiwan approximately $1.42 billion in arms, the Trump administration detailed to Congress on Thursday, according to a Department of State spokesperson.

The sales show American “support for Taiwan’s ability to maintain a sufficient self-defense capability,” but it isn’t a change to the United States’ foreign policy on China and Taiwan.

After Congress was notified of the deal, lawmakers now have 30 days to object.

According to Defense News, the potential package includes:

“In this context, our arms sales to Taiwan support peace and stability—not only in the Taiwan Strait, but also in the entire Asia Pacific region. We support further development of cross-Strait relations at a pace and scope acceptable to people on both sides of the Taiwan Strait,” an unnamed official told Defense News.

The United States first began selling arms to Taiwan—under former President Jimmy Carter—in 1979. The last arms sale, worth about $108 million, was carried out in December 2015 under the Obama administration.

Earlier this year, Taiwan unveiled a major defense report, which stated it’s capability of launching missiles at China. “Should the enemy insist on invading, we will weaken their capabilities by striking enemy troops at their home bases, fighting them at sea, crushing them as they approach the coastlines and wiping them out on the beaches,” the report stated, according to AFP news agency.