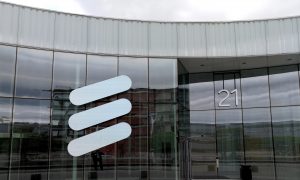 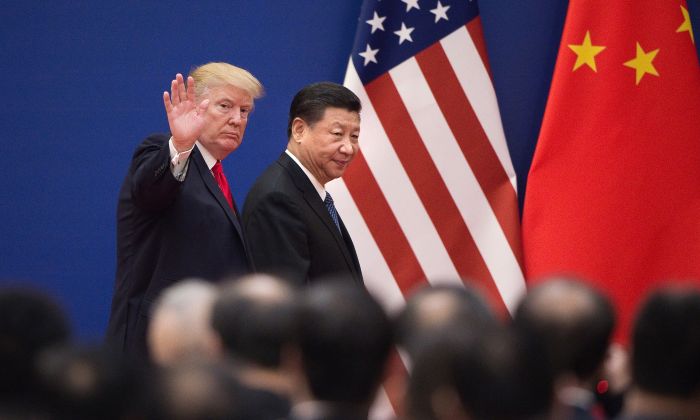 US-China Visa Conflict: Scholars From Both Sides Face Obstacles in Entering the Other Country

As U.S. and Chinese senior officials continue to negotiate with the aim of reaching a trade deal by early May, scholars from both sides have recently claimed that they have encountered problems with their visa applications. The latest cases involve a former advisor to U.S. President Donald Trump and a former U.S. trade official, who did not receive visas in time to attend a forum in China at the invitation of Chinese organizations.

The year-long trade talks are reaching a critical point. Bloomberg cited two anonymous sources who said U.S. Trade Representative Robert Lighthizer and Treasury Secretary Steven Mnuchin plan to travel to China during the week of April 29 for another round of face-to-face negotiations.

Michael Pillsbury, a former advisor on the Trump transition team, has visited China over 50 times since the 1970s, he told Axios in an April 17 report. The recent incident is the first time his visa has not been approved.

Pillsbury, 74, is director of the Center on Chinese Strategy at the Hudson Institute, a non-profit think tank based in Washington, D.C.

Pillsbury has studied U.S.-China bilateral relations since he began working for the Ronald Reagan administration in the 1970s. Trump described him as “the leading authority on China” at a press conference in New York in September 2018. Pillsbury still informally advises the president.

Pillsbury is also known for his 2015 book, “The Hundred Year Marathon: China’s Secret Strategy to Replace America as the Global Superpower,” which argues that Beijing wants to supplant the United States as the world’s most dominant power by 2049.

Pillsbury was invited by the Center for China & Globalization (CCG), a Beijing-based think tank, to attend a forum as a speaker in Beijing on April 14. The forum is co-organized by the China International Economic Cooperation Society, an office within China’s Ministry of Commerce, and the United Nations representative office in China.

Pillsbury told Reuters on April 17 that he submitted a visa application with his passport to the Chinese embassy in Washington, D.C. on March 22.

According to the Chinese embassy’s website, it typically takes four working days to process a visa application, meaning Pillsbury expected his visa to be approved by March 28.

Pillsbury never received the visa. He missed the forum.

“I’m surprised at this delay which is usually reserved only for harsh critics of China,” Pillsbury told Reuters. “Chinese have told me they consider my views to be a ‘moderate’ hawk not a ‘super hawk,’ who they would never invite.”

Before joined ASPI, Cutler had nearly three decades of experience in U.S.-Asia relations as a diplomat and negotiator. She was chief negotiator to the U.S.-Korea Free Trade Agreement, which was first signed on June 30, 2007. She was also a negotiator for the United States during  the Trans-Pacific Partnership (TPP) agreement.

Reasons Behind the Visa Delay

Pillsbury said the Chinese Embassy did not give him any explanation about the visa delay.

In response to a reporter’s question, Lu Kang, spokesman of China’s foreign ministry, said during an April 18 press conference: “For the case [of Pillsbury’s visa] you mentioned, I need to look into the details of the situation.”

Pillsbury said in the interview with Axios that he had talked with a close Chinese contact about the visa issue, after which the contact pointed him to an April 14 report by the New York Times about 30 Chinese scholars who had their U.S. visas cancelled or placed under administrative reconsideration status in the past year.

The report used Zhu Feng as an example.

Zhu had his U.S. visa cancelled after attending a conference in San Diego, California. According to Zhu, the FBI had questioned him upon him landing in Los Angeles for a connection flight. The FBI asked if he had worked with the Chinese military or China’s Ministry of Foreign Affairs.

“Mr. Zhu said he denied working with the military and that he told the agents he had nothing to say in response to the question about the foreign ministry… Mr. Zhu said he worked with a group overseen by the China Association for International Friendly Contact (CAIFC), an arm of the ruling Communist Party that seeks to promote Chinese interests abroad,” according to the New York Times.

CAIFC is in fact closely tied to the Chinese military. It was founded in 1984 on the request of then-Chinese Communist Party leader Deng Xiaoping. On the surface, CAIFC is overseen by China’s Ministry of Foreign Affairs and Ministry of Civil Affairs. But most of its deputy chairmen are Chinese military officials.

Australian Fairfax Media reported in May 2013 that CAIFC is “a platform for ‘influence operations’ by the Liaison Department of the General Political Department of the PLA”—short for People’s Liberation Army, the official name of the Chinese military.

The Fairfax Media investigation found that a 2003 PLA document outlined what the Liaison Department does: “carrying out the work of disintegrating the enemy and uniting with friendly military elements.” The Liaison Department is widely known to act as the Chinese military’s intelligence agency.

The Chinese regime has been criticized by non-government organizations, media companies, and foreign embassies for many years for their tendency to exact political revenge or pressure via visa denials.

The U.S. Embassy in Beijing said in its China 2018 Human Rights Report: “Many foreign media organizations continued to have trouble expanding or maintaining their operations in the country [China] due to the difficulty of receiving visas.”

The report pointed out that during the annual visa renewal process, Chinese officials “pressured journalists to report less on human rights issues… in some cases threatened them with nonrenewal of visas.”

In October last year, Hong Kong authorities refused to renew the work visa of a senior editor at the Financial Times. Rights groups called the move an act of retaliation for the editor’s decision to host a talk by a pro-independence activist that drew Beijing’s ire.

Meanwhile, since June 2018, the Trump administration took up measures to shorten the length of visas issued to some Chinese international students to one year, as part of a strategy to prevent intellectual property theft by Beijing.

Chinese students enrolled in sensitive fields, including robotics, aviation, and high-tech manufacturing are affected by the changes. These are fields targeted for aggressive development by the Chinese regime’s “Made in China 2025,” an economic blueprint for China to become a tech-manufacturing powerhouse by 2025. These are also areas of military significance to Beijing.

This past February, Pan Jianwei, a Chinese quantum physicist who was part of a research team to win a top science prize, was denied a travel visa to attend the award ceremony held in the United States.

It’s unclear why the U.S. authorities did not grant him the visa, but Pan was recruited to work in China under Beijing’s “Thousand Talents Plan,” a state-run program designed to attract mostly ethnic Chinese scientists and engineers in the West to take up lucrative jobs in China. The program has been criticized by the U.S. administration as a project to encourage overseas Chinese to transfer technologies beneficial to China’s national interests.