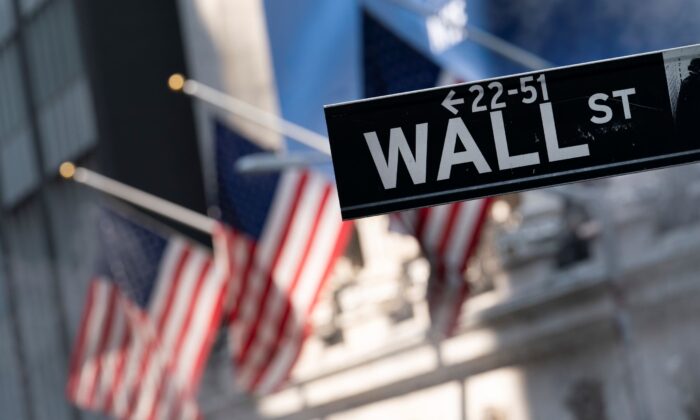 The unraveling of Chinese property giant Evergrande, the world’s most indebted developer, has prompted an unusual intervention by a U.S. investor.

Los Angeles-based Oaktree Capital Management seized control of a massive apartment complex near Shanghai after the project defaulted on a secured loan that Oaktree provided late last year, according to reporting in January by the Financial Times.

Evergrande had invested billions of dollars in the coastal project in Jiangsu Province, which features 66 million square feet of residential space. Oaktree also took over a huge plot of undeveloped Hong Kong land from the flailing real estate firm.

In fact, Oaktree’s investments barely scratch the surface of the United States’ growing financial involvement in China. American holdings of Chinese stocks and bonds, also known as portfolio investment, surged by a staggering $780 billion over four years to reach $1.15 trillion by the end of 2020, according to Department of the Treasury data cited by economist Derek Scissors.

This figure dwarfs U.S. foreign direct investment (FDI) into China, which actually fell to a 16-year low of $8.7 billion in 2020, according to Rhodium Group. Analyzing this vast capital flow is difficult, since the Treasury doesn’t publish sector breakdowns of where the money goes, and much of it is routed through offshore financial centers such as the Cayman Islands.

The CCP has strategically opened China’s financial markets to foreign inflows in recent years, allowing global investors to take advantage of the relatively high returns of yuan-denominated assets. Global index providers, such as MSCI and S&P Dow Jones, have played a crucial role by dramatically increasing the weight of Chinese securities in emerging market indexes, automatically driving huge amounts of capital into the Chinese economy from institutional investors, pension funds, and other sources.

The scale of U.S. portfolio investment in China should raise concerns, even if most of the money flows to apparently harmless destinations such as prime real estate projects or e-commerce stocks. The influx of American and other foreign investment bolsters China’s capital account, counteracting U.S. efforts to influence the Chinese economy through policies such as tariffs.

U.S. investment has also played a problematic role in advancing the interests of China’s repressive government. For example, SenseTime, a Chinese artificial intelligence firm that develops facial recognition software, and Hikvision, a Chinese video surveillance company, benefitted from American and other foreign investment before being sanctioned by the U.S. government for allegedly facilitating human rights violations in China’s Xinjiang region.

A more pragmatic concern for Americans is the national security risk posed by financial integration with China. Incredibly, some Chinese military companies aren’t sanctioned by the U.S. government and continue to receive U.S. investment, such as Wuhan Guide Infrared Co., a developer of infrared thermal imaging and night vision systems, according to the 2021 Annual Report to Congress of the U.S.–China Economic and Security Review Commission.

But there is far more to the story, because under China’s military-civil fusion strategy, ostensibly civilian companies are compelled to support the CCP’s defense and intelligence activities. This means that seemingly innocuous foreign investments in China’s economy can be steered toward purposes that threaten U.S. national security, such as the development of technology with potential military applications.

Former President Donald Trump moved to address this threat by banning U.S. individuals and investors from owning shares in any of 31 Chinese companies deemed to be assisting China’s People’s Liberation Army. President Joe Biden expanded the order to restrict companies that are believed to undermine the democratic values of the United States and its allies, such as by supplying technology that enables human rights abuses.

“Military-civil fusion transforms China’s military-industrial complex into a commercial ecosystem in which the aggregate efforts of firms, funds, and research institutes may pose risks not evident at the level of individual entities or transactions,” the U.S.–China Economic and Security Review Commission stated.

Many global investors are shrugging off these risks. Overseas investors ramped up their holdings of Chinese government bonds by $90.9 billion in 2021, a record pace compared to previous years, according to Bloomberg calculations. And international investors poured $16.6 billion into mainland Chinese stock funds in January, up from $11 billion in December, research firm EPFR Global found.

CNBC reported that U.S. firms Goldman Sachs and Bernstein Private Wealth Management are so bullish on the world’s second-largest stock market that they released thick reports recommending mainland Chinese stocks, or A-shares, in recent weeks. Other investors, such as Bank of America and J.P. Morgan Asset Management, are more neutral.

Unless policymakers intervene to stop it, the potential for further expansion of U.S. portfolio investment in China seems huge. A report last year by Rhodium Group noted that China’s financial globalization, as measured by its cross-border portfolio assets and liabilities, is still relatively limited.

According to the report, “Were China to ‘catch up’ with other advanced economies, US–China portfolio investment would—all things being equal—triple in size, reaching more than $9 trillion compared to our estimate of about $3 trillion at the end of 2020.”