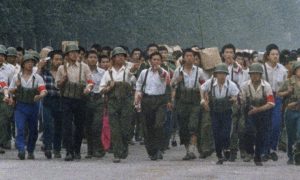 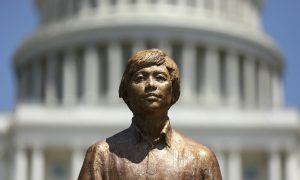 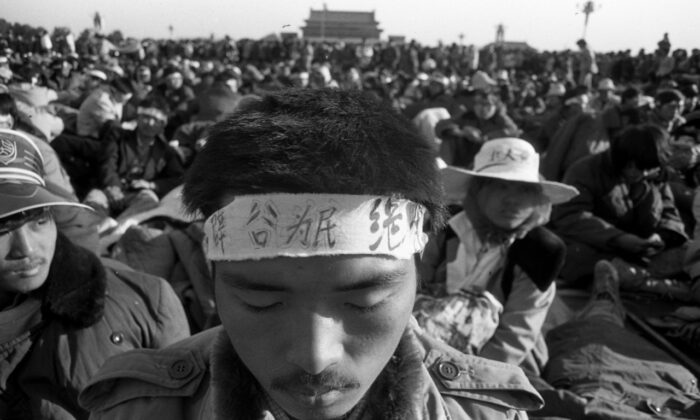 The United States renewed calls for a public account of those killed in the 1989 Tiananmen Square massacre on the eve of the 31st anniversary of the Chinese regime’s crackdown on pro-democracy protesters.

“We mourn the victims of June 4, 1989, and we stand with the people of China who continue to aspire to a government that protects human rights, fundamental freedoms, and basic human dignity,” U.S. state department spokesperson Morgan Ortagus said in a statement on June 3.

Late night on June 3, 1989, the Chinese Communist Party (CCP) deployed the military to suppress peaceful students protesting for greater freedoms at Tiananmen Square in Beijing. Soldiers then rolled in with tanks, running over protesters and firing live-rounds at unarmed students. Thousands are estimated to have been killed.

To this day, the CCP has not disclosed the number nor names of those who died in the bloody crackdown. Information about the incident is heavily censored in mainland China.

“We reiterate our call for a full, public accounting of those killed or missing,” Ortagus said.

This year’s anniversary of the massacre comes as the CCP draws growing international condemnation over its recent move to impose a national security law for Hong Kong, which critics fear will crush freedoms in the former British colony.

Activists in Hong Kong have planned a rally on Thursday to mark the anniversary, despite police having canceled an annual vigil due to virus concerns. The city had hosted the vigil every year since 1990, with more than 100,000 attending in recent years.

Secretary of State Mike Pompeo rebuked the cancelation on Twitter, saying: “If there is any doubt about Beijing’s intent, it is to deny Hong Kongers a voice and a choice, making them the same as mainlanders.”

Last Friday, President Donald Trump announced that the administration would begin revoking Hong Kong’s special privileges granted by the United States because it was no longer sufficiently autonomous from the mainland after Beijing’s recent action. When the city was transferred from British to Chinese rule in 1997, the regime had pledged to provide Hong Kong with a high degree of autonomy under the framework, “one country, two systems.”

Bipartisan lawmakers also reiterated the administration’s call for justice in commemorating the event.

“We stand with the surviving family members of the victims, including the courageous Tiananmen Mothers, who are still seeking truth and justice at great personal risk,” Rep. James P. McGovern (D-Mass.) and Sen. Marco Rubio (R-Fla.), chair and co-chair of the Congressional-Executive Commission on China, said in a June 3 statement.

The Tiananmen Mothers is a group of victims’ family members who have for decades sought justice, accountability, and compensation for their loved ones. Members of the group have themselves been harassed and suppressed by the Chinese regime.

“Thirty-one years after the bloodshed, efforts by the people of China to exercise their fundamental freedoms too often continue to be met with brutal repression,” the lawmakers said.

They concluded with words from the Tiananmen Mothers: “The hard facts of the massacre are etched into history. No one can erase it; no power, however mighty, can alter it; and no words or tongues, however clever, can deny it.”