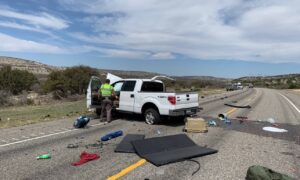 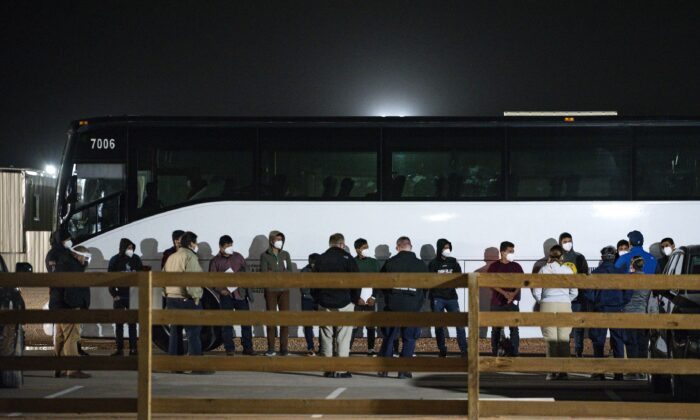 Migrant children and teenagers are processed after entering the site of a temporary holding facility south of Midland, Texas on March 14, 2021. (Eli Hartman/Odessa American via AP)
US News

Messaging from human smugglers that the U.S.-Mexico border is open is spreading wider than claims from President Joe Biden’s administration that the border is not open, a top administration official said Tuesday.

“The smugglers are agile and quick and word of mouth gets through, and they are exploiting people’s hope and desperation,” Roberta Jacobson said during an appearance on CNN’s “New Day.”

“Our own message is getting out less than [that of] smugglers. We always know that, but we are doing everything we can, and that includes Spanish language radio, social media, making sure that we convey the message that the border is not open, that the majority of people will be returned, and that it is not ever a good idea to come in this irregular fashion. But the smugglers’ message is very pervasive. They prey on people, and they prey on their hope, and they tell them things that simply aren’t true.”

Jacobson, a former U.S. ambassador to Mexico during the Obama and Trump administrations, is currently the White House’s coordinator for the southern border.

The United States saw a surge in illegal immigrants in February, Biden’s first month in office. The number of border crossings rose from 78,442 in January to 100,441. Administration officials say the crossings are on pace to hit the highest numbers seen in 20 years.  Officials are struggling to house so many people, reopening shuttered facilities, adding capacity to others, and reaching a deal with Dallas officials to house teenagers in a convention center.

Biden rolled back a number of key initiatives set by the Trump administration, halting border wall construction and axing a program that kept asylum seekers waiting outside the country for their claims to be adjudicated. Most claims are ruled against, but claimants often vanish inside America when allowed to wait in the country.

Some experts, most Republicans, and even some Democrats believe the surge is due to Biden’s actions and rhetoric.

Rep. Henry Cuellar (D-Texas) during a recent CNN appearance said he spoke to a group of about 20 who had crossed the border. They said they didn’t hear from the president, but from friends and neighbors who were getting across from Mexico, seeing similar messaging on television, and getting recruited by people to cross the border.

“It has to be a strong message because without due respect, the administration’s message is not coming through,” Cuellar said.

Mexican President Andrés Manuel López Obrador has also indicated that the border is more open than during the Trump era, saying people see Biden as “the migrant president.”

“I think what President López Obrador is reflecting is the fact that President Biden came into office with a much more humane message, with the message that we were going to enforce our laws, but also have a humane migration system,” Jacobson said. “And I think what he means is that we are going to treat people fairly, we are going to reform our immigration system. And so while I understand what he was saying, I think that it’s not the way we would put it. It is a more humane system, but it is not open borders, and it is not the fact—we’re going to enforce our law.