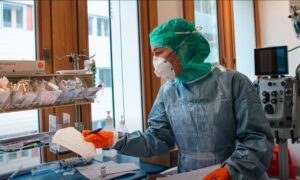 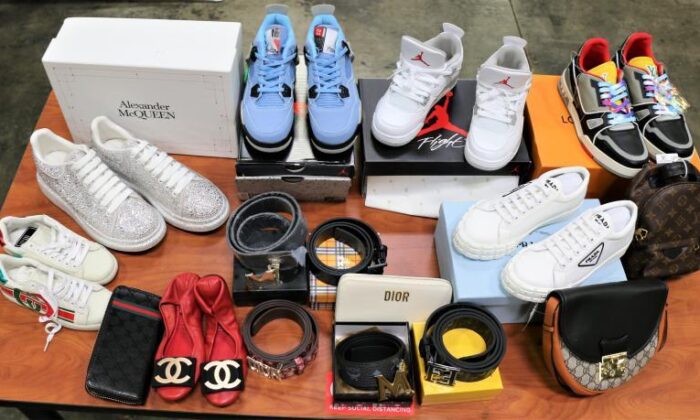 US Border Officers Seize Over 39,000 Fake Designer Products From China

The fake designer goods arrived in two cargo shipments, with the first intercepted on July 19 and a second on July 30 at the Los Angeles–Long Beach port.

If genuine, the seized merchandise would have had a combined retail price of about $53.7 million, CBP stated.

“Counterfeit goods unfairly compete with legitimate products and reduce the incentives to innovate, both in the United States and abroad,” Donald R. Kusser, port director of the Los Angeles–Long Beach Seaport, said in the statement.

The rise of e-commerce has facilitated an uptick in the trafficking of illicit goods to U.S consumers, as criminals are able to reach a wider market while still hiding their identities. In the past, traffickers could only sell such products on illegitimate websites and in underground outlets.

“When shopping online, read seller reviews and check for a working U.S. phone number and address that can be used to contact the seller,” CBP stated. “Remember that if the price of a product seems too good to be true, it probably is.”

CBP also reminded consumers that fake apparel, footwear, and handbags are often of inferior quality. Some may feature uneven and poor stitching, fragile fabrics, and improperly sized or designed logos.

China remains the primary source of fake products and pirated goods seized, according to CBP statistics for the fiscal year 2020. Chinese-made counterfeit goods seized in 2020 were estimated to be worth nearly $660 million had they been genuine, accounting for 51 percent of the value of all seizures that year.

In August, U.S. border officials announced that they had seized a range of fake products from China, including fake COVID-19 vaccination cards and counterfeit FBI and DEA badges.

Border agents also seized 30,000 China-made necklaces that claimed to provide protection from COVID-19 at the Mariposa Port of Entry in Nogales, Arizona, in May.

The necklaces carried a small packet filled with chlorine dioxide, which allegedly creates an anti-bacterial cloud that protects wearers from the CCP virus, commonly known as the novel coronavirus. But prolonged exposure to chlorine dioxide may cause severe breathing difficulties and eye, nose, and throat irritation, according to the Centers for Disease Control and Prevention.