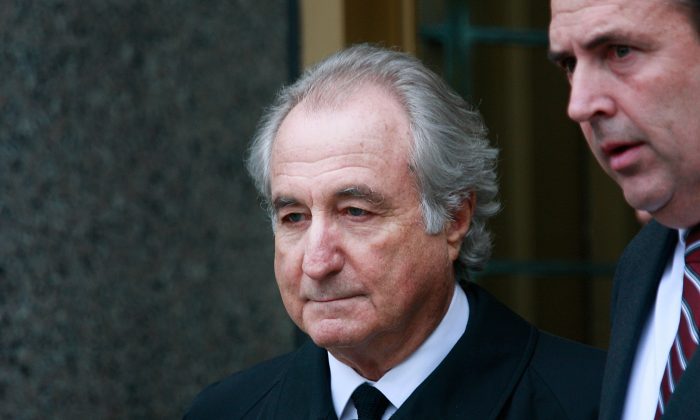 NEW YORK—The U.S. government said it has begun distributing $772.5 million from a $4.05 billion fund to compensate victims of Bernard Madoff’s Ponzi scheme, ending a nearly nine-year wait for thousands of people to start recouping their losses.

A total of 24,631 checks from the Madoff Victim Fund are being mailed to individuals, government entities, schools, charities, and pension and retirement plans in 49 U.S. states, Washington, D.C., and 119 other countries.

More than two-thirds of the recipients, or 16,557, had received no prior compensation for their losses. They will receive about $545 million from the payout, which is structured to cover 25 percent of recipients’ losses.

Rod Rosenstein, the deputy U.S. attorney general, in a statement on Thursday called the payout, from the Department of Justice’s victim compensation program, “the largest restoration of forfeited property in history.”

NEW: Dept. of Justice begins compensating 24,631 Madoff victims with funds acquired from asset forfeitures, calling it the “single largest distribution of forfeited funds in the history of the Department’s victim compensation program.” pic.twitter.com/7d3NLlpsSl

Richard Breeden, a former U.S. Securities and Exchange Commission chairman, oversees the $4.05 billion fund, which was set up in November 2013. He declined to comment.

Madoff, 79, is serving a 150-year prison term for running what prosecutors called a $65 billion Ponzi scheme, which was uncovered in December 2008.

Payouts from the Madoff Victim Fund are eventually expected to go to 37,214 claimants from 124 countries, and whose losses exceeded $7.5 billion. Nearly all had invested indirectly with Madoff, such as through “feeder funds.”

Picard, however, is making payouts to people who invested directly with Madoff, not indirectly, and has approved just 2,625 claims. He has said customers with approved claims lost about $17.5 billion.

The Justice Department and Breeden had drawn criticism over the lack of payouts from the government fund, in part fueled by reports over bills by Breeden’s firm for its services.

Most money in the fund came from settlements with the estate of Jeffry Picower, a Madoff investor from Florida, and JPMorgan Chase & Co, once Madoff’s main bank.

“I’m pleased the government is finally beginning to compensate the victims,” Vern Buchanan, a Florida congressman who had complained about delays, said in an email. “These people were cheated out of their life savings and have been waiting years to get some of their money back. It’s long overdue.”