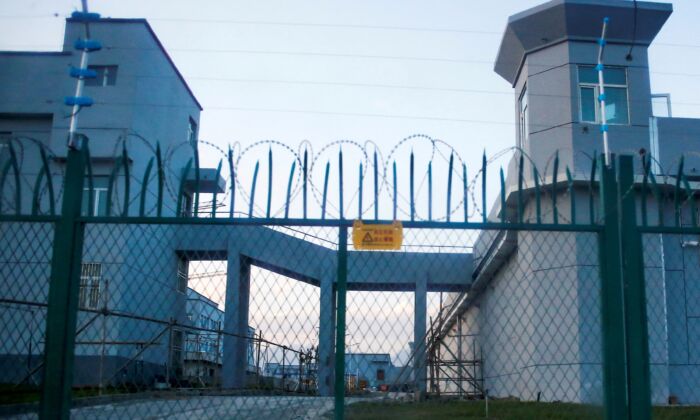 The United States banned the import of goods from China’s Xinjiang region on June 21, with the enactment of the Uyghur Forced Labor Prevention Act signed into law by President Joe Biden last year.

Under the rules, all goods produced in whole or in part in Xinjiang won’t be allowed to be imported into the United States. To be granted an exception, importers would need to provide “clear and convincing evidence” that no forced labor was used in producing the goods, according to the U.S. Customs and Border Protection.

“Together with our interagency partners, we will continue to engage companies to remind them of U.S. legal obligations which prohibit importing goods to the United States that are made with forced labor,” he said in a statement.

“We are rallying our allies and partners to make global supply chains free from the use of forced labor, to speak out against atrocities in Xinjiang, and to join us in calling on the government of the PRC [People’s Republic of China] to immediately end atrocities and human rights abuses, including forced labor.”

“The act is a clear indication that the U.S. is seeking to engender forced unemployment in Xinjiang through the legal form of actions and to make the world decouple with China,” Wang told reporters at a June 21 press briefing in Beijing.

The Chinese regime is utilizing vocational training and rehabilitation centers for “political reeducation” based on administrative detention, according to a 2022 report released by the United Nations’ International Labor Organization (ILO) on Feb. 10.

It noted “a widespread and systematic” program involving the extensive use of forced labor of Uyghur and other Muslim minorities for agriculture and industrial activities throughout Xinjiang.

While employed outside of the region, “[Uyghur] workers lack freedom of movement, remaining confined to dormitories and are required to use supervised transport to and from the factory. They are subject to impossible production expectations and long working hours,” the report reads.

“Some 13 million members of the ethnic and religious minorities in Xinjiang are targeted on the basis of their ethnicity and religion with a goal of social control and assimilation of their culture and identity.”

Persecuted Uyghurs, rights groups, and lawmakers worldwide have accused Chinese authorities in Xinjiang of facilitating forced labor by arbitrarily detaining more than a million Uyghurs and other ethnic minorities in a network of camps in the northwestern region.

Beijing initially denied the existence of any detention camps. It later claimed that it had set up “vocational training centers” in Xinjiang to curb what it said was terrorism, separatism, and religious radicalism.

The Chinese Communist Party’s campaign against Uyghurs in Xinjiang has been labeled a “genocide” by nations and rights groups, including the previous and current U.S. administrations, the United Kingdom, Canada, Netherlands, Lithuania, Belgium, and the Czech Republic.

The United States, Britain, and other countries have called for the ILO to set up a mission to probe alleged labor abuses in Xinjiang and urged Beijing to allow unfettered access.