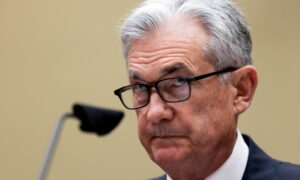 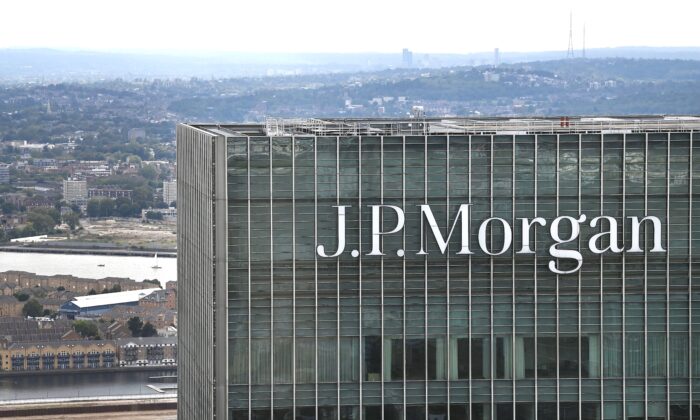 From JPMorgan Chase to Citigroup, some of America’s largest banks released their quarterly earnings results this week, and the numbers suggest that these financial institutions are leaving behind the coronavirus pandemic. Bank stocks could extend their rally now that the latest figures show that businesses and individuals are borrowing again.

Profit at the second-largest bank in the United States rose 58 percent to $7.7 billion, buoyed by revenue of $22.87 billion, a 12 percent surge. As a result, earnings came in at 85 cents a share, exceeding analysts’ projections of 71 cents.

“We reported strong results as the economy continued to improve and our businesses regained the organic customer growth momentum we saw before the pandemic,” CEO Brian Moynihan said in a statement. “Deposit growth was strong and loan balances increased for the second consecutive quarter, leading to an improvement in net interest income even as interest rates remained low.”

Earnings were $1.30 per share, an increase from 99 cents in the year-earlier period and topping analysts’ expectations of $1.15 per share.

Its net interest income, a closely watched gauge to highlight the difference between what it pays clients for deposits and what the bank charges them for loans, fell to 2.53 percent from 2.67 percent a year ago.

Executives believe that business and consumer banking activity will be revived as the economy recovers from the COVID-19 public health crisis and the government’s relief programs come to an end.

“On the consumer side of the equation, we’re seeing and we do expect credit card balances from here start to grow and possibly accelerate as we get into 2022,” Terry Dolan, U.S. Bancorp’s chief financial officer, said in a conference call with analysts.

As part of its broader economic outlook, the financial institution believes that additional government stimulus, falling new infections, and vaccine availability will support the economic recovery. But it’s concerned about surging inflation, fiscal policy uncertainty, and the possibility of new variants.

The quarterly update didn’t reference the $8 billion agreement to purchase MUFG Union Bank. The deal is anticipated to close in 2022.

Citigroup posted a stronger-than-expected quarterly earnings report on Oct. 14, with profit soaring amid an increase in trading revenue.

According to the results, net income soared 48 percent year-over-year, totaling $4.6 billion. In addition, Citigroup confirmed $2.15 in per-share earnings on $17.15 billion in revenue, which beat EPS estimates of $1.65 and $16.97 billion in revenue.

“The recovery from the pandemic continues to drive corporate and consumer confidence and is creating very active client engagement as you can see through our strong results in Investment Banking and Equity Markets, both up approximately 40 [percent] year-over-year, in addition to double-digit fee growth in Treasury and Trade Solutions as we help our clients reposition their supply chain,” Chief Executive Officer Jane Fraser in a statement.

Like other banks, Citigroup released $1.16 billion in loan loss provisions that led to a net benefit of $192 billion. Citigroup accrued reserves during the financial crisis last year, setting aside billions of dollars for potential defaults because of the pandemic. Now that the economy is in recovery mode, and the wave of credit losses didn’t transpire, the bank has been folding the funds back into the company.

JPMorgan Chase & Co, the largest bank in the United States, might be waving goodbye to the pandemic after beating analysts’ forecasts.

It also recorded a 50 percent jump in investment banking fees to a record of $3.28 billion, beating the consensus estimate by roughly $500 million.

“We don’t know the future any better than you do,” JPMorgan CEO Jamie Dimon stated on a conference call with reporters. “What we really want is good growth right now. These are great numbers. By the end of 2022, people are forecasting 4 [percent] unemployment, wages are going up, jobs are plentiful. Getting out of COVID, we should all be thanking our lucky stars.”

A Measure of U.S. Economic Recovery

This week’s flurry of bank earnings was a highly anticipated market event among investors. Many viewed the banks’ reports as a possible measurement for the post-pandemic economic recovery. Be it growth in lending or a reduction in downturn-related credit reserves, traders viewed the results as a symbol of how well the national economy and financial markets are performing heading into next year.

The stock market was pleased by the growth as the leading benchmark indexes rose on Oct. 14.

Andrew Moran
Follow
Andrew Moran covers business, economics, and finance. He has been a writer and reporter for more than a decade in Toronto, with bylines on Liberty Nation, Digital Journal, and Career Addict. He is also the author of "The War on Cash."
TOP NEWS