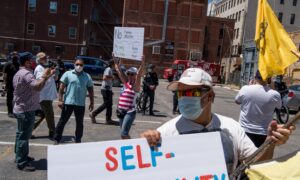 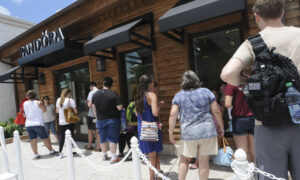 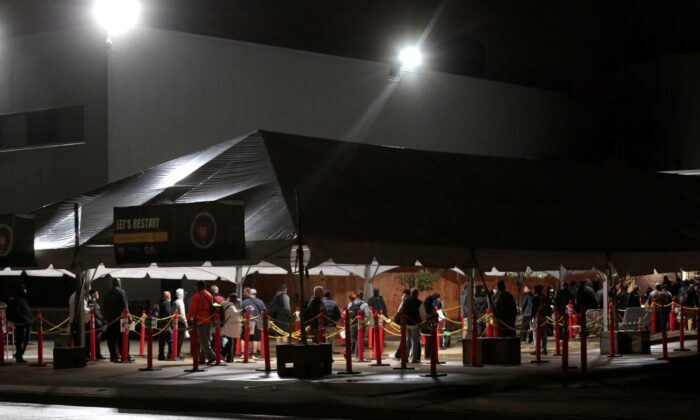 US Auto Industry Returns to Life After Lockdown

WARREN, Michigan—The Detroit Three automakers and their suppliers began restarting assembly lines on Sunday after a two-month CCP virus lockdown in a slow revival of a sector that employs nearly 1 million people in the United States.

“I’m a little nervous,” said Larry Smith, 53, of New Baltimore, who works on wheel alignment away from the assembly line. “They made all the precautions [and] they’ve done everything they can to prepare us … I’m trusting in God.”

Detroit automakers on Monday said there were no issues with absenteeism as the plants opened.

The reopening of car plants will be a closely watched test of whether workers across a range of U.S. industries can return to factories in large numbers without a resurgence of infections.

General Motors Co, Ford Motor Co, and FCA have all been preparing for weeks to reopen their North American factories in a push to restart work in an industry that accounts for about 6 percent of U.S. economic activity.

Investors welcomed the gradual restart, sending GM’s shares up more than 9 percent on Monday. FCA shares rose 7.3 percent, while Ford’s were up 6.7 percent.

Workers entering factories on Monday were checked by temperature monitors. Protective masks or shields are standard protective equipment. Jobs such as installing seat belts that used to require two or more workers to get close together inside a vehicle have been redesigned to keep people a safe distance apart.

Plastic screens have been installed along assembly lines to separate workers leaning in to the engine compartments of vehicles. Break areas have been reconfigured to keep workers six feet apart.

The Detroit automakers have collaborated with each other and with the United Auto Workers to develop common CCP virus safety practices. Other automakers in the United States are adopting similar safety measures.

Wearing a black Detroit vs Everybody protective mask as he entered FCA’s Warren Truck plant early Monday, production operator Laruante Gary, a Detroit resident who installs doors on Ram pickups, said, “I expect to see things cleaned and safety protocols being observed, and I expect us to know something as far as the next steps for us.”

Another production worker at the plant, Sean Reid, 37, of Belleville, expressed concern over the earlier CCP virus-related deaths of several U.S. auto workers, including one at Warren Truck.

“I don’t know where people have been, I don’t know what they’ve been doing,” he said. “I don’t like it, but what can I do, really?”

The Detroit automakers have many older workers in states such as Michigan that were hit hard by the pandemic.

Theresa Segura, 61, of Lincoln Park, arrived for work at the FCA Warren plant on Monday but was immediately sent home after noting on an FCA questionnaire that she had been exposed to a family member who had just tested positive for the CCP virus.

Segura, who has worked at the truck plant since 1993, said she thought that it was in any case too soon to reopen “because there are still people sick out there.”

“We’re risking our lives going in there,” said Segura, who works as a “floater,” moving from job to job at the plant as needed.

For the automakers and their suppliers, many of which began reopening their plants last week, the restart is critical to ending the cash drain caused by a two-month shutdown forced on them by COVID-19, the disease caused by the CCP virus.

“Ultimately we’re in this together. Because if we don’t build trucks, Ford Motor Company is gone,” said Todd Dunn, president of UAW Local 862, the union that represents more than 14,000 hourly workers at Ford’s two Kentucky assembly plants, which build trucks and SUVs.

The UAW’s Dunn said one question will be how many Ford workers punch in at his local production facilities this week given a lack of daycare in Kentucky, where schools are closed, as well as fear among those with underlying health conditions who are at greater risk. Ford has been hiring temporary workers to cover absenteeism, he said.

President Donald Trump on Thursday will tour a Ford manufacturing plant in Michigan that has been repurposed to make ventilators and personal protective equipment, according to the White House.

GM is reopening a number of plants on one shift, including 1,600 hourly workers making pickup trucks in Flint, Michigan, and 1,600 workers manufacturing pickups in Fort Wayne, Indiana.

Another issue automakers will have to watch closely is the financial health of suppliers. As most suppliers get paid on average 45 days after they deliver parts, some will struggle to stay afloat as the industry slowly reopens, analysts say.