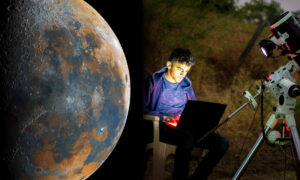 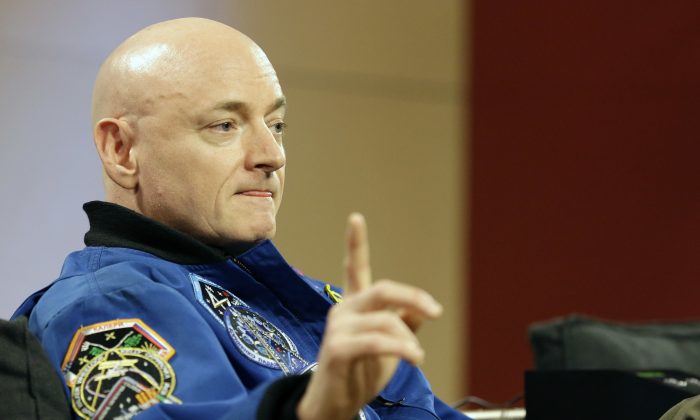 US Astronaut Says After Year in Space, His Muscles Hurt and His Skin Burns

CAPE CANAVERAL, Fla.—Fresh from a year in space, NASA astronaut Scott Kelly said Friday his muscles and joints ache. His skin is so sensitive it burns when he sits or walks. And he can’t sink a basketball shot.

He’s surprised—not necessarily about his basketball skills, but everything else. After his previous half-year space station mission five years ago, he wasn’t nearly this tired or sore.

Adjusting to space is easier than adjusting to Earth for me.
— Scott Kelly, astronaut

“Adjusting to space is easier than adjusting to Earth for me,” he said at his first postflight news conference Friday.

Like other astronauts, he got taller in space. He said he gained 1½ inches. But he lost it almost as soon as he stood on solid ground.

Kelly returned from the International Space Station on Wednesday, ending a 340-day mission that set a U.S. record. It took him a full day to get back home from the landing site in Kazakhstan to Houston. That’s when the aches and pains set in—this from the guy who hopped out of his space capsule and later promptly jumped into his backyard pool.

Initially, he felt better than last time, but that quickly changed.

The 52-year-old astronaut said because his skin hasn’t had significant contact with anything for so long—in space, clothes just float around you—”it’s very, very sensitive. It’s almost like a burning feeling wherever I like sit or lie or walk. I’m not wearing these shoes all the time,” he said, kicking up his right foot, which sported a shiny black dress shoe. “I just wore them for you guys.”

Thick running shoes are his preference these days; they make his feet “feel a little bit better.”

As for the culture shock of being back on Earth, Kelly expects that will hit soon. “From having so little on the space station and so few choices about what you’re going to do every day, what’s available to you, to basically having just about anything,” he told reporters.

His first food back on Earth? A banana he found on his bed aboard the plane. He didn’t realize the irony until he ate half of it; he cavorted around the space station a few weeks ago in a gorilla suit, a gag gift from his identical twin, Mark, a retired astronaut.

NASA wants to know how the body and mind adjust to long periods in space before sending astronauts to Mars.

The genetic doubles—one in space, one on the ground—took part in medical studies throughout the flight. NASA wants to know how the body and mind adjust to long periods in space before sending astronauts to Mars; expeditions are planned for the 2030s.

NASA’s chief space station scientist, Julie Robinson, said she’d ideally like 10 or 12 astronauts to spend extra-long periods in space to know what all the risks might be.

Johnson Space Center physiologist Dr. John Charles said he was impressed Kelly managed to complete all his physical exercises—standing up suddenly, walking heel-to-toe, navigating an obstacle course—immediately after touchdown. He’d likely fare well on Mars, scrambling to get out of a spacecraft on his own, taking a fast spacewalk and settling in, according to Charles and Mark Kelly.

“He’d be a good example of somebody who could probably make that trip to Mars for six months and then in a short period of time, do some reasonable work,” observed Mark Kelly. Round trip, a Mars mission would last 2½ years.

Kelly’s companion for the entire space journey, cosmonaut Mikhail Kornienko, 55, is back home in Star City, Russia, dealing with his own adjustments to gravity.

Many of their blood, urine and saliva samples are still up on the space station, frozen. NASA must wait until its commercial shipper SpaceX is delivering back and forth again—following a launch accident last summer—to get the scientific treasure trove, hopefully in May. Charles expects it will take the next year to analyze all the data.

Apollo 10 Astronauts Heard ‘Space-Type Music’ on Dark Side of the Moon: Reports

During his year in space, Kelly sent back dazzling photos of Earth and chronicled his space days on Twitter, attracting more than 1 million followers. He partnered with his girlfriend, Amiko Kauderer, a public affairs representative at Johnson, to set social media ablaze.

Kelly holds the U.S. record for total days in space—520 days over four missions. He doubts he’ll fly again for NASA. But perhaps in the next 20 years, “you’ll be able to just buy a cheap ticket, go for a little visit.”

“I’ll never be done with space,” he said. “I will always be involved.”