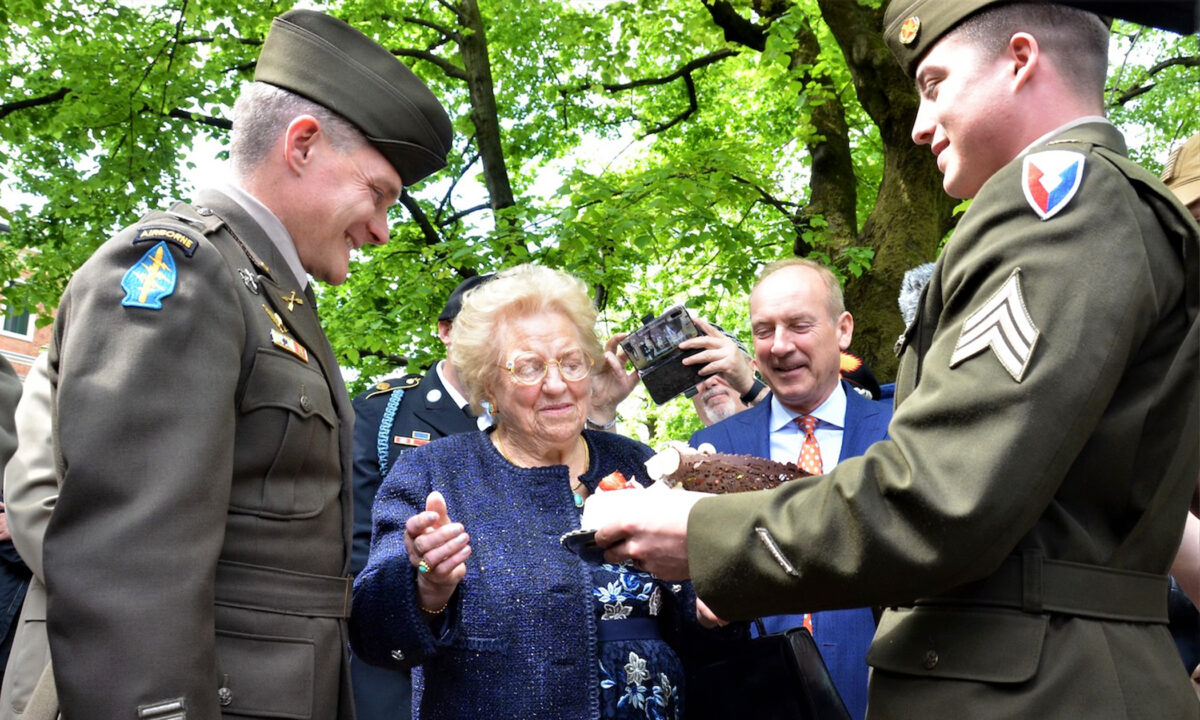 An Italian woman whose 13th birthday cake was stolen from her mother’s windowsill by U.S. soldiers in 1945 has received a replacement cake, 77 years later.

On April 28, the eve of her 90th birthday, Meri Mion of Vicenza, Italy, was gifted a birthday cake by soldiers from U.S. Army Garrison Italy in a public ceremony at Giardini Salvi city park. Mion was moved to tears as the gathered crowd wished her many happy returns of the day in both Italian and English.

“Tomorrow, we will eat that dessert with all my family remembering this wonderful day that I will never forget,” said Mion, according to a U.S. Army news release. Photos of the nonagenarian show her clutching miniature American flags and smiling broadly for the camera.

On the eve of her 13th birthday in 1945, Mion was living in the village of San Pietro in Gu, Padua, when conflict broke out nearby. She hid with her mother in the attic at their farm overnight. Amid retreating German troops that fired shots near her house, her mother baked a birthday cake the following day and left it on the windowsill to cool.

“Her happiness turned into disappointment later when the resourceful American soldiers made off with her birthday cake,” Gomlak told the crowd at Mion’s gathering on April 28, 77 years later.

Members of the U.S. Army’s 88th Infantry Division had lost tanks after battling German defenders, and at least 19 U.S. soldiers were killed or wounded.

Meanwhile, soldiers from the U.S. Army’s 91st Infantry Division drove north into Vicenza from the Riviera Berica and received offerings of bread and wine from the locals, a “warm welcome” that Gomlak insisted continues to this day.

Ahead of Mion’s 90th birthday, garrison staff unearthed footage from the U.S. National Archives to present at her Giardini Salvi city park ceremony, showing both scenes of combat and the seeds of friendship that sprouted between Italian locals and U.S. soldiers in the aftermath.

Wallis conceded: “It was a little awkward, but it makes me feel great to give her the cake.”