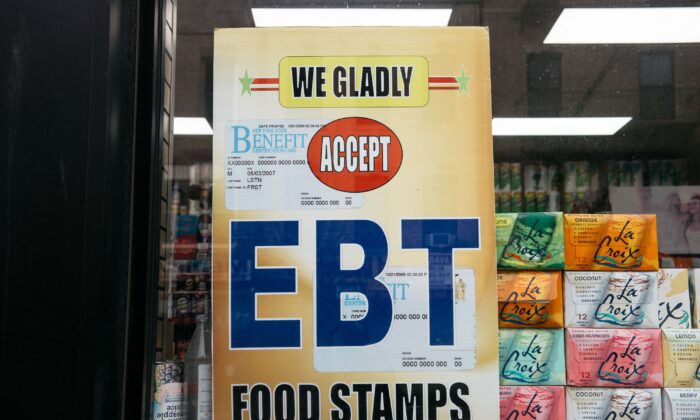 US Army Recommends Food Stamps for Soldiers Struggling With Inflation

The U.S. army is recommending soldiers apply for SNAP benefits, also known as food stamps, to help cover their rising costs from inflation.

The U.S. Army cites the higher prices on a range of goods because of inflation in its recently released official guidance.

“With inflation affecting everything from gas prices to groceries to rent, some Soldiers and their families are finding it harder to get by on the budgets they’ve set and used before,” the guidance written by Sergeant Major of the Army Michael A. Grinston reads. “Soldiers of all ranks can seek guidance, assistance, and advice through the Army’s Financial Readiness Program.”

The guidance points soldiers to the Supplemental Nutrition Assistance Program and links them to the federal welfare program’s website.

“SNAP is a U.S. government program that provides benefits to eligible low-income individuals and families via an electronic benefits transfer card that can be used like a debit card to purchase eligible food in authorized retail food stores. Service members and their families may be eligible,” the Army guidance reads. “To determine qualification, visit the SNAP website or call the SNAP information line at 800-221-5689.”

Food insecurity for troops is not a new problem, but the recent surge in inflation has put service members in an even tougher situation.

“Based on the Pentagon’s own data, 24 percent of enlisted personnel are food insecure,” said Mackenzie Eaglen, an analyst at the American Enterprise Institute. “While food stamps are a Band-Aid, they’re also an admission that basic pay for enlisted troops and their families is too low—further exacerbated by unyielding inflation causing paychecks to shrink more.”

Federal inflation data released in August shows that food prices have risen at the fastest rate since the 1970’s.

“The food index increased 10.9 percent over the last year, the largest 12-month increase since the period ending May 1979,” the Bureau of Labor Statistics (BLS) said. “The food at home index rose 13.1 percent over the last 12 months, the largest 12-month increase since the period ending March 1979,” the BLS said. “The index for other food at home rose 15.8 percent and the index for cereals and bakery products increased 15.0 percent over the year. The remaining major grocery store food groups posted increases ranging from 9.3 percent [fruits and vegetables] to 14.9 percent [dairy and related products].”

Eaglen said the answer is to increase pay and be more realistic about how inflation affects service members.

“A better solution is to abandon rosy inflation assumptions, boost basic pay, and request a defense topline above inflation each year so forces and families have predictability and stability,” she said.