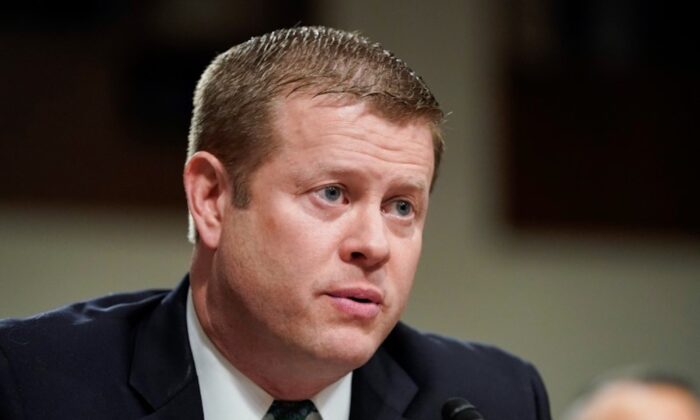 Secretary of the Army Ryan McCarthy testifies to the Senate Armed Services Committee during a hearing examining military housing on Capitol Hill in Washington, D.C., on Dec. 3, 2019. (Joshua Roberts/Reuters)
By Reuters

The U.S. Army plans to deploy a specialized task force to the Pacific capable of conducting information, electronic, cyber and missile operations against Beijing, Bloomberg said early on Jan. 10.

The task force, likely to be based on islands east of the Philippines and Taiwan, would be equipped to hit land and sea-based targets with long-range precision weapons, such as hypersonic missiles, in a bid to possibly clear the way for Navy vessels in the event of a conflict, Bloomberg said.

The unit would help neutralize some capabilities China and Russia already possess that are meant to keep U.S. carrier groups away from the Asian mainland, Army Secretary Ryan McCarthy told Bloomberg in an interview.

McCarthy is set to appear at an event in Washington on Friday to give details of how the army will operate in the Indo-Pacific.

The plan to deploy the task force would be boosted by a new agreement with the National Reconnaissance Office that develops and manages U.S. spy satellites, McCarthy told Bloomberg.

Reuters could not immediately reach the U.S. Army to seek comment.