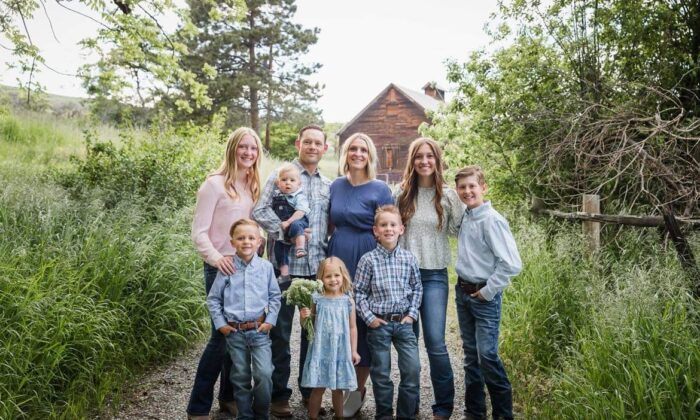 A U.S. Army aviator who has been serving for almost 20 years is facing possible discharge for speaking out against the COVID vaccines, even though he took two Pfizer shots in order to see his newborn child.

Jessica Hill-Budge, the wife of Brandon Budge, a maintenance and combat pilot from the aviation branch of the U.S. Army, shared her family’s story with The Epoch Times.

Jessica says that he was later “coerced” into taking both Pfizer shots. She was pregnant and considered “high risk” by her attending physician when Brandon was ordered to deploy to South Korea.

She explained that Brandon’s commander refused to allow him to remain in the United States until his wife delivered their new baby boy, being informed that without full COVID vaccination status he would be unable to return for the birth or any potential emergencies.

“Eventually, because he could not bear to miss the birth of his son, Brandon took the vaccine,” Jessica said.

In May of 2021, he received orders to deploy to South Korea, and without being jabbed, his wife would be left to care for their 6 other children while dealing with her “high risk” pregnancy.

This was too unsafe for them, so Brandon opted to be vaccinated under duress.

Brandon and Jessica have 7 children in total, the youngest is 9 months old and the oldest is 18 years old.

“Since he had shown initial resistance to the vaccine and requested an additional 90 days to provide care for his wife who had complications, he was accused of falsifying his vaccination record. Brandon was not allowed to provide evidence to prove his innocence, including a receipt and vaccine card from Walgreens,” Jessica stated.

Bradon didn’t want to take the vaccine because of the potential complications—specifically myocarditis—since he is a pilot and any significant cardiovascular event or diagnosis could potentially terminate his flying career.

The Epoch Times reported in May that a top airline pilot was disabled due to cardiac arrest linked to the vaccine.

Many other pilots in the Air Force are trying to resist the vaccine mandate and hundreds could potentially be discharged if the courts don’t rule in their favor.

“I know of personally more than 700 pilots who are actively unvaccinated and have filed a religious accommodation or have filed for a medical exemption or something of the sort,” a USAF pilot told The Epoch Times in June.

‘That’s not What America Is About’

Even though a Flying Evaluation Board determined that Brandon should remain on active flight status, his direct superior decided that his flight status should be removed, Jessica said.

Brandon told The Epoch Times: “I think Ronald Reagan said it best when he said ‘America is too great for small dreams.’ As a soldier and an army aviator, I love my country. I love the thought of freedom. I have loved my opportunity to offer that freedom to others around the world. I love that I work with a multitude of individuals that seek to offer the same blessings of freedom to the downtrodden and the oppressed, even if it means we must give our lives to do so. The United States of America is the greatest experiment of Life, Liberty, and the Pursuit of Happiness that has ever existed. We are the world’s last greatest hope.”

Jessica says that the command chief warrant officer of the brigade has previously “bullied” her and Brandon over the phone with threats to Brandon’s career.

“Enough’s enough. This leadership in this command is ridiculous, to say the very least. And it appears that they had no intention of doing what was right from the beginning,” Jessica said.

“I believe that we should have the right to choose whether or not we want to take a vaccination. I was pregnant. I didn’t choose to take the vaccine, I got to make that choice. Just because my husband’s in the military, he doesn’t get to make his own choice?

“That’s not what America is about.”

The Epoch Times reached out to the U.S. Army for comment.