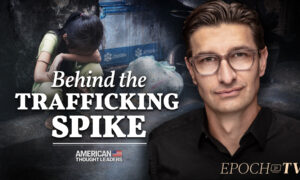 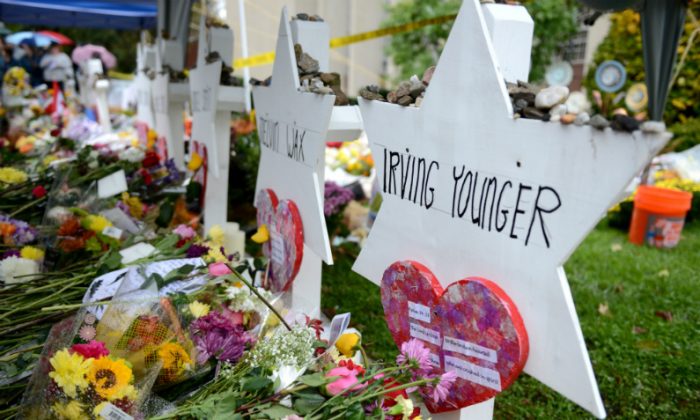 Flowers and other items have been left as memorials outside the Tree of Life synagogue following last Saturday's shooting in Pittsburgh, Pennsylvania, on Nov. 3, 2018. (Alan Freed/File Photo/Reuters)
Crime and Incidents

Hate crimes in the United States jumped 17 percent in 2017, with a huge 37 percent spike in anti-Semitic attacks, marking the third year in a row that such attacks have increased, according to FBI data released on Nov. 13.

The release of the data comes just weeks after a gunman burst into a Pittsburgh synagogue and shot dead 11 worshippers while shouting “All Jews must die.”

According to the FBI’s annual Hate Crime Statistics report, there were a total of 7,175 hate crime incidents reported last year by law enforcement agencies, up from 6,121 incidents in 2016. The agency did not offer a reason for the increase.

“I am particularly troubled by the increase in anti-Semitic hate crimes,” Whitaker said.

The report showed a 37 percent jump in anti-Semitic incidents to 938 from 684 a year earlier.

The Pittsburgh synagogue massacre in late October at the Tree of Life Synagogue in the Squirrel Hill neighborhood, which was the worst attack on America’s Jewish community.

“This report provides further evidence that more must be done to address the divisive climate of hate in America,” Jonathan Greenblatt, the Anti-Defamation League’s national director, said in a statement. “That begins with leaders from all walks of life and from all sectors of society forcefully condemning anti-Semitism, bigotry, and hate whenever it occurs.”

Of the 6,370 known offenders in the report, 50.7 percent were white, while 21.3 percent were Black or African-American.

The 2017 data was compiled from reports voluntarily submitted by 16,149 law enforcement agencies.

FBI officials said the agency will provide training next year for law enforcement officers on how to identify bias-motivated incidents and report that data to federal authorities.